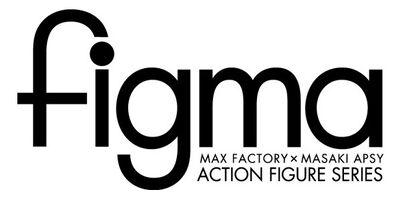 Figma (フィグマ, Figuma) is a series of Japanese action figures produced by Max Factory and distributed by Good Smile Company.

The first standalone Figma was the school uniform version of the character Yuki Nagato from anime The Melancholy of Haruhi Suzumiya, which was released on February 14, 2008.[1]

On August 3, 2008, a prototype Jonathan Joestar Figma by Max Factory was first shown at Wonder Festival Summer 2008 in the Tokyo Big Sight.[2][3] Another version of the prototype was later shown on July 26, 2009 at Wonder Festival Summer 2009 at the Makuhari Messe International Convention.[4][5] The figure was planned for Winter 2009, however, it remains unreleased and has presumably since been cancelled.[6] Not much information was provided, besides that it was part of the discontinued "di:stage" line of figures, which included additional display units and background landscapes.