Card made visible through the mirror

Each figure came with a pedestal that had a one-way mirror behind the character, as well as a button, that, when pressed, would light up the space behind the mirror, making a tarot card of the user's respective Stand visible.[1] 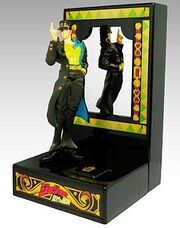 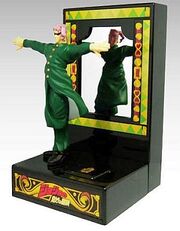 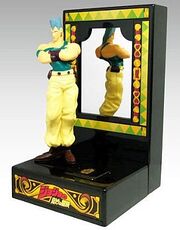 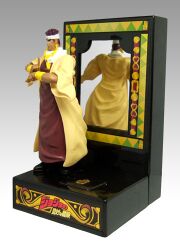 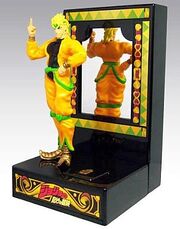