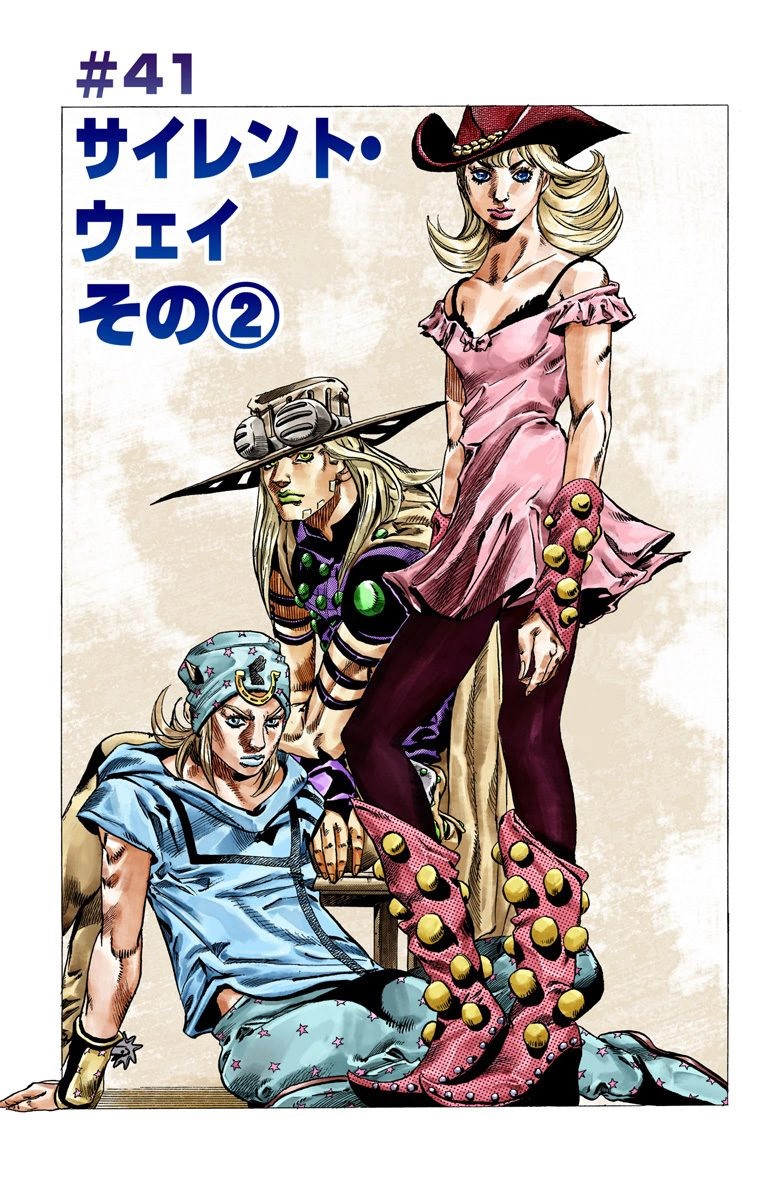 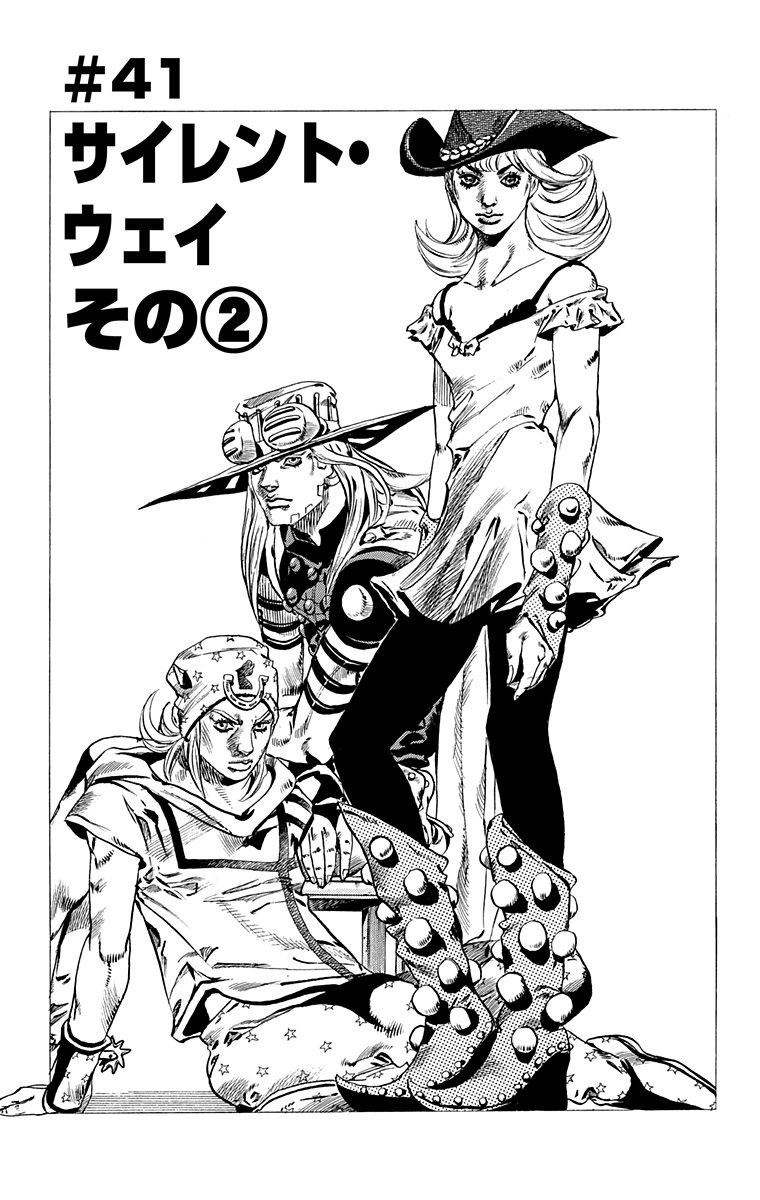 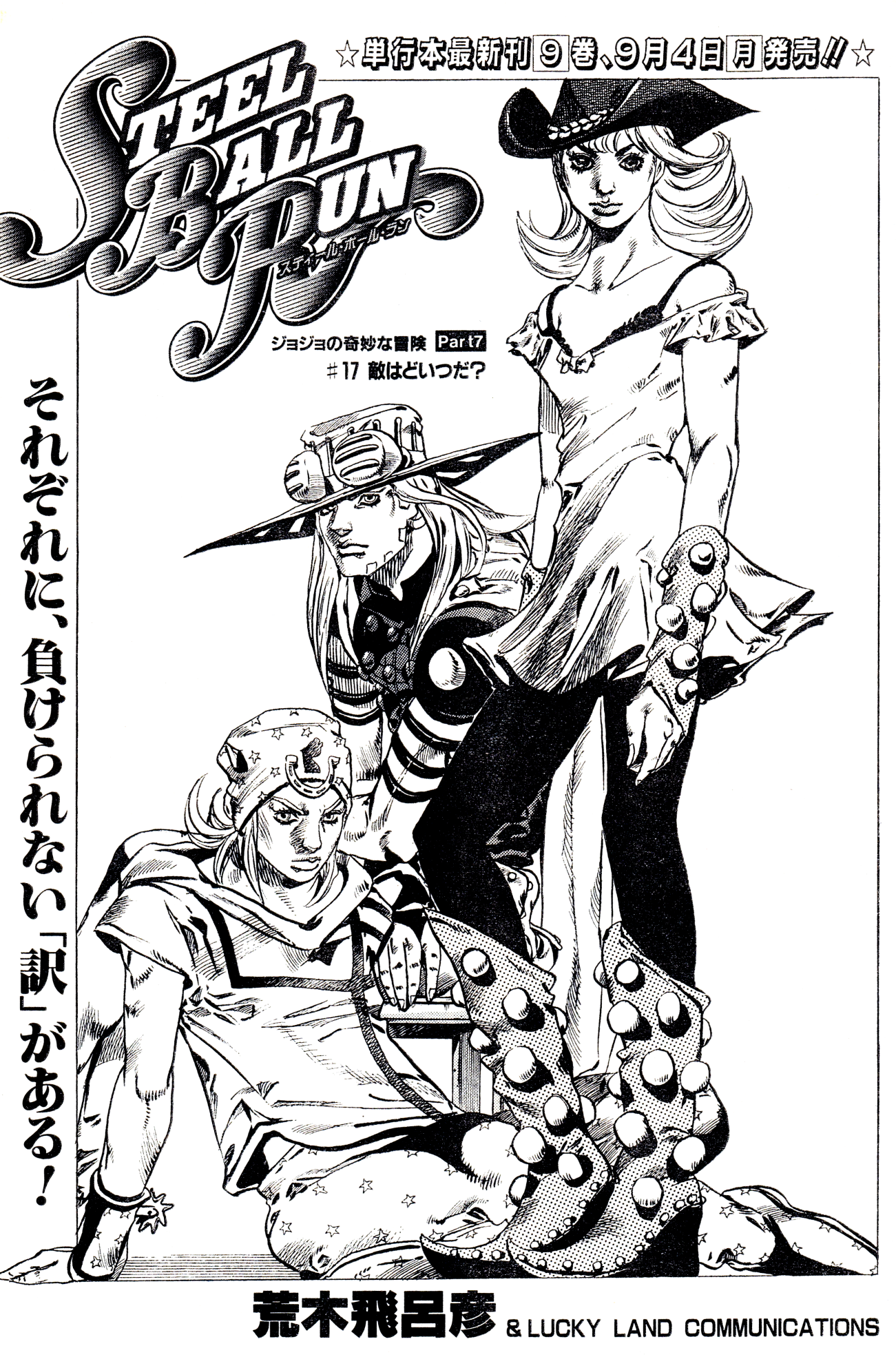 Silent Way, Part 2 (サイレント・ウェイ その②, Sairento Wei Sono 2), originally Which One Is the Enemy? (敵はどいつだ？, Teki wa Doitsu da?) in the UJ release, is the forty-first chapter of Steel Ball Run and the seven hundred ninety-third chapter of the JoJo's Bizarre Adventure manga.

At the 8th day of the 5th Stage, 400 km away from Kansas City and 2 km from the Mississippi River, Johnny and Gyro cross a cornfield, spotting Sandman, Pocoloco, Hot Pants, Dot Han and a fifth unknown figure in the same cornfield. They decide to rest near a barn, opting to first think about how to cross the Mississippi. Gyro tells Johnny that after asking to the Vatican what kind of Saint could have been in America, and they answered that no Saint has been recorded being here; wondering why the Vatican hasn't asked for precisions, Johnny theorizes that either they are utterly interested or that Saint's identity is an important secret.

Johnny who has been holding the coffee pot to serve himself a cup finds it to be unusually hot and the tissue he used to protect himself has been mysteriously cut apart. Johnny then hears a noise in the barn, and hacks a plank to look inside, seeing nothing. However the ax blade was destroyed somehow and Johnny warns Gyro not to touch anything, every nearby object being imbued with cutting power. The barns falls apart, one tiny splinter cutting Johnny's foot when he touches it. The Mongol Dot Han rushes out of the cornfield, escorted by homonculified dinosaurs, and Gyro attacks Dot Han with a Steel Ball, only for it to be disintegrated. Johnny shoots at him with Tusk, only for the nails to disintegrate too, but Dot Han calls for help and his head explodes. Understanding that he isn't an enemy but another victim, Johnny and Gyro realize that they are being overwhelmed. When the barn falls on Johnny, he spins his nails trying to destroy the planks, but they aren't enough; then Gyro spins his second Steel Ball covering Johnny with earth, and it is destroyed in the process. Now the dinosaurs attack and the duo decides to flee to the river. Gyro has no Steel Ball, and Johnny begins to sink into desperation as his power is ineffective.