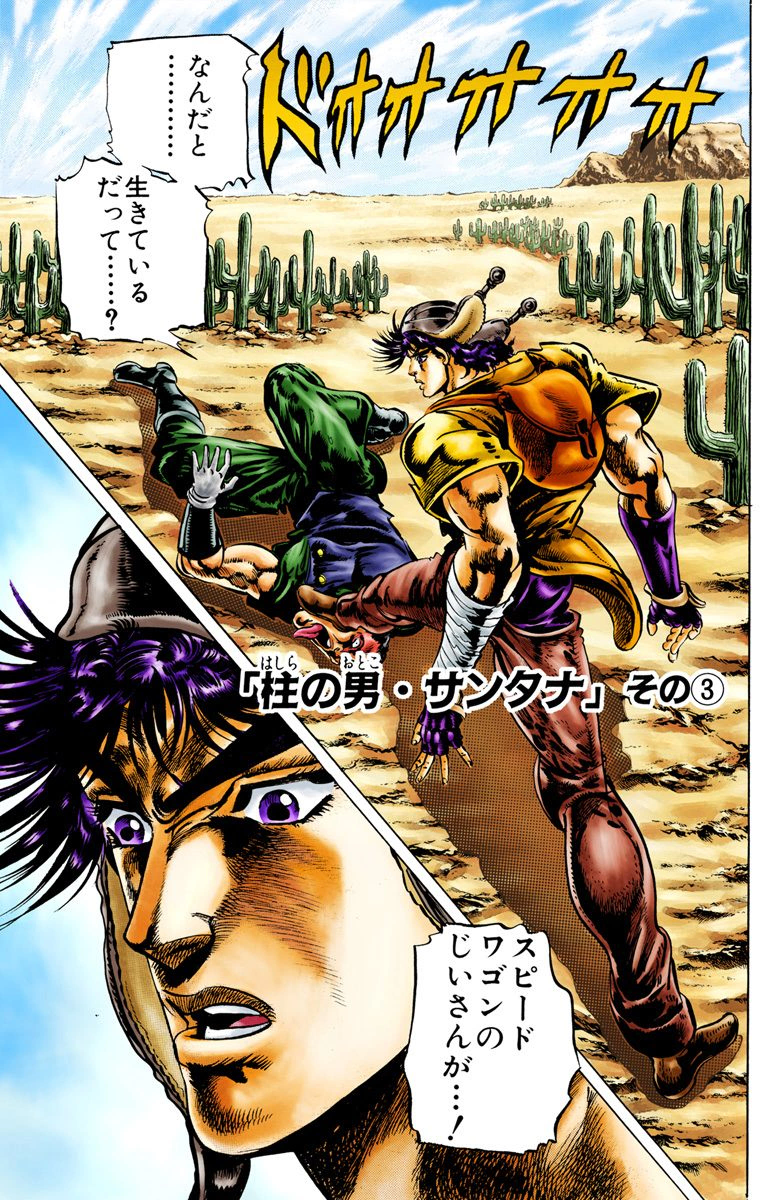 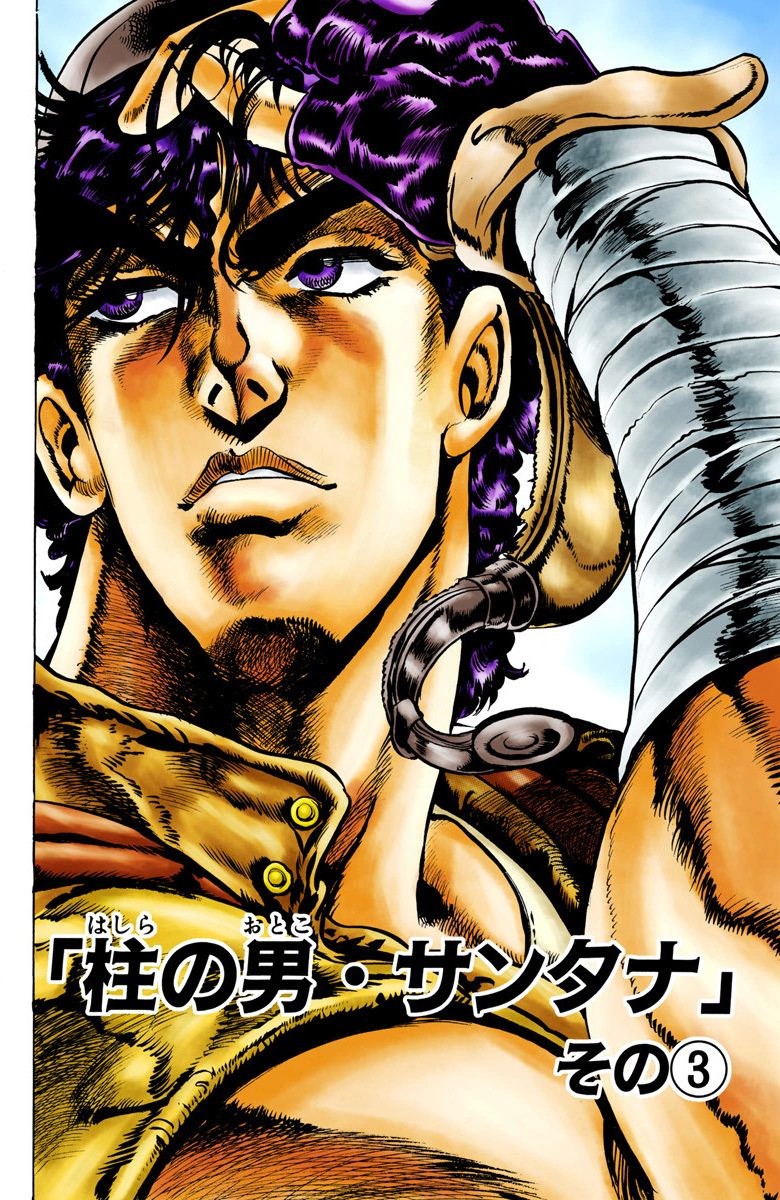 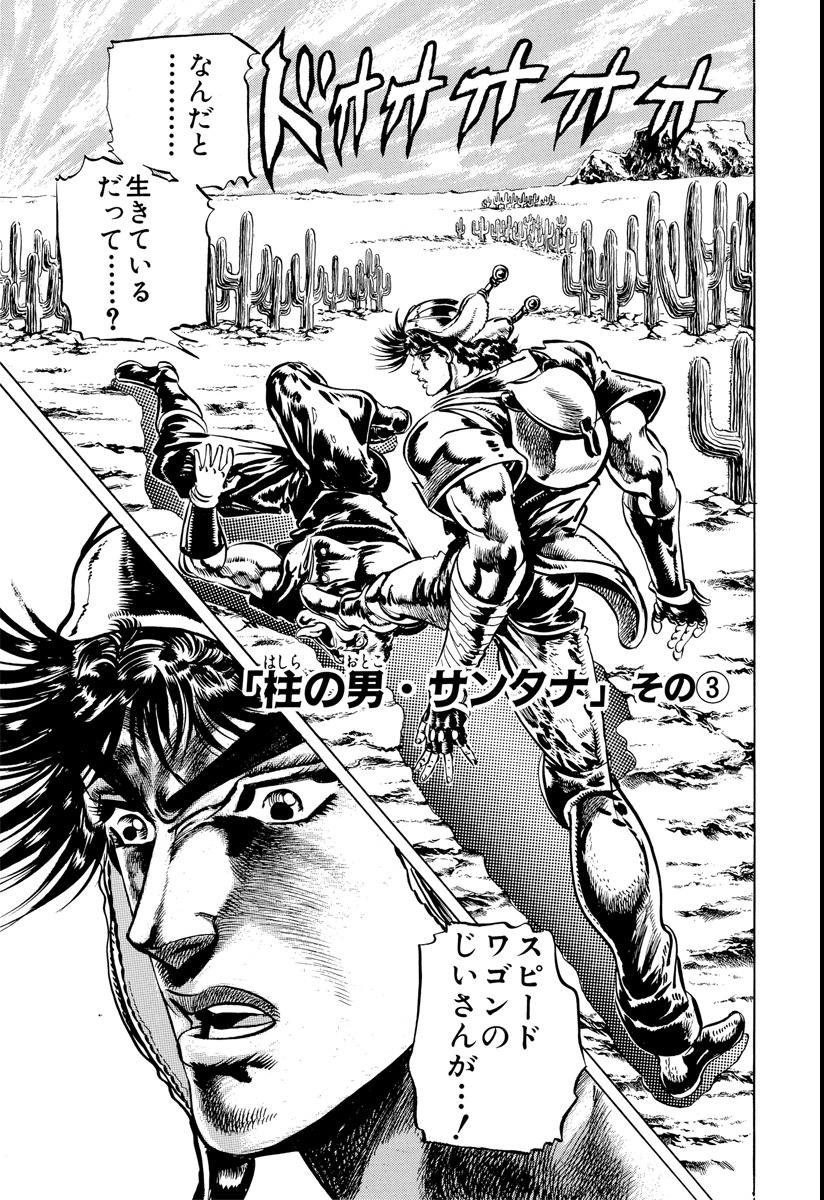 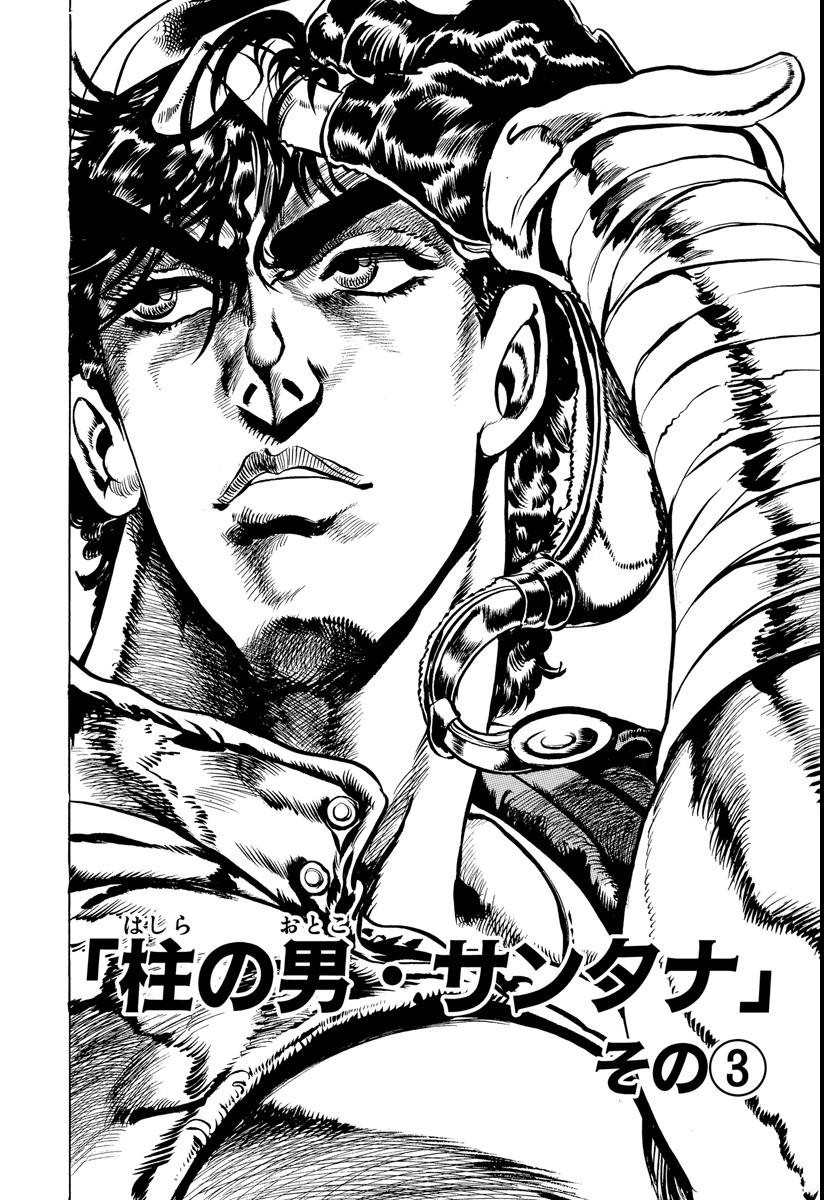 The Pillar Man, Santana, Part 3 (「柱の男・サンタナ」 その③, 'Hashira no Otoko Santana' Sono 3), originally The Vanishing Santana (消えたサンタナ, Kieta Santana) in the WSJ release, is the twelfth chapter of Battle Tendency and the fifty-sixth chapter of the JoJo's Bizarre Adventure manga. 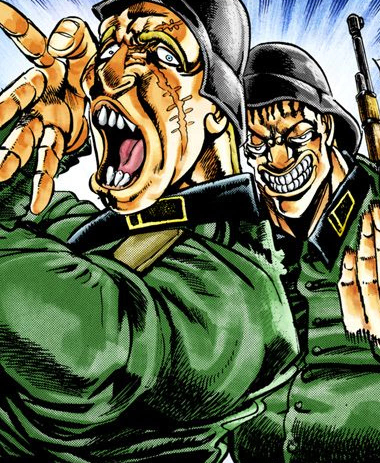