In every volume of JoJo's Bizarre Adventure, the front folded flap of the dust jacket usually contains a picture of Hirohiko Araki himself, and more than often a note to the reader. The quotes are always different from each other, and are usually about Araki expressing his opinion on certain subjects. These subjects can be about anything, including information about characters or the story itself. The following notes and pictures below are from the volumes of Vento Aureo. 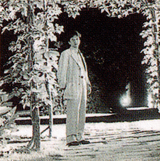 “
I went to Italy to do some research, and there was something that I found a bit strange: their policemen. Policemen in airports or jails carry machine guns. This made me wonder if things were pretty dangerous, but then I saw policemen wearing capes and carrying swords — the old-fashioned kind that soldiers in the past used to carry. And then I thought, do they use both the swords and the machine guns to fight against evildoers? The more I use my imagination, the more intense the battle seems to me in my mind.
”
—Hirohiko Araki 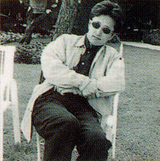 “
It may be because recently I'm only interested in listening to female singers, but even when it comes to mangakas or writers — specifically in the field of the horror genre — when I read something that makes me go "man, this person comes up with really freaky stuff", the creator usually tends to be female. I won't name any specific names, but there you go.

This is just a personal opinion, but I don't think there have been any female prodigies in the architectural or art world. But when it comes to things pertaining to 'atmosphere and mood', there are a lot of women that put me to shame, and I learn a lot from them. That's what I've been concentrating on recently as I look at the world.
”
—Hirohiko Araki 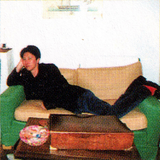 “
I must be the only one who cares, but I often nearly drown myself. Not in the sea or in a river, no, I narrowly escape death drinking a glass of water. I only need a mouthful of water to suffocate, and I find myself unable to breathe. Generally, if I stay calm, I manage to get my breath back little by little, but recently, I almost passed out. That was a close one. That day, I miraculously escaped death, to everyone's indifference.
”
—Hirohiko Araki 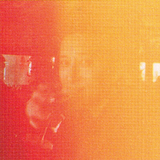 “
The sewage in my workplace has become a bit clogged, which made me wonder if the pipes were even being cleaned, but then I remembered, "Wait, the sewage underwent construction a year ago." Because of that killer premonition, I rang up the repair shop for the place they dug up.

I was going to say to those workers, "Your cheap construction work is unacceptable! I don't know what kind of amateurs break up the water flow like this!" However, before I could ask the dealers another question, another person promptly said, "Sorry, we were just being careless." ...My Bad. 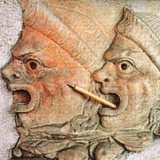 “
Thinking about the last five years, I've realized we've had four incidents with construction workers. They certainly think I'm a greenhorn because I've had to put up with all their phoney excuses. I deeply respect craftsmen; they have jobs they can be proud of...However the ones who came to my house must go make trouble somewhere else. With such a state of mind, they can only annoy people...(Of course I could get a refund by showing the proofs of their shoddy work)
”
—Hirohiko Araki 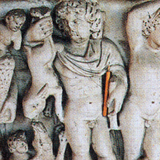 “
In my childhood, I heard the following kinds of rumors about being a cartoonist. How much truth is there in all this? I can't tell you.
”
—Hirohiko Araki 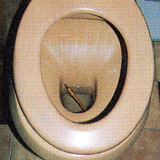 “
Of all my possessions, the domestic appliance I've been having for the most time is a mixed oven-toaster. I got it for free from a friend who bought the toaster in 1978 under the pretense that it was battered, and it came with me when I left my hometown to go to the capital in 1984. Granted it's messed up, but I've used it for 13 years. It hasn't shown any deficiency either. An old style spring timer, no useless functions; it's easy to toast bread with it. It's orange and tasteless, but since it's really helpful, I figured I'd talk about it.
”
—Hirohiko Araki 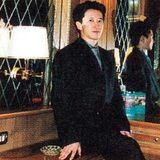 “
Observation of the nature surrounding us, N°3. My workplace (on the second floor) shelters a wide range of lifeforms. First, the ants. They sometimes stroll on my sketches; I tried to find where they came from... only to see them come out of the electrical outlet. Since there was nothing I could do, I let them be. Then the lizards. Surely coming from the airducts, they only come out at night so I also leave them alone. Finally the sparrows. Even if I regularly close the doors and the windows, sometimes they come flying around the studio. Where do they come from, this is a complete mystery.
”
—Hirohiko Araki 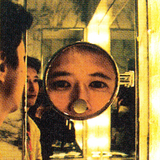 “
I have been asking myself for a long time: why do foreign movies come out in Japan so much later than in other countries?

When it's an American blockbuster, I can understand that it comes out after the United States, but looking at the "Men in Black" trailer, at the end I saw the names of every country it was already out. I realized how much Japan was lagging behind!

My patriotism took a heavy hit and that's why I've decided to talk about it! Please show us these movies sooner!
”
—Hirohiko Araki 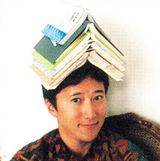 “
Sometimes when reading famous people's biographies, I find common points and that profoundly touches me and gives me courage. In the Post-War period lived a famous stylist by the name of Christian Dior. Rumors had it that he couldn't keep himself from gardening when returning from work. And I thought "I'm like him!! Gardening appeases my heart!! And I hate cats' droppings!!"
”
—Hirohiko Araki

“
Do you have specific scenes that make you really enthusiastic? I don't know if it is due to my psychological state, but I am really moved when I see sailing ships going at full speed on TV. That's much better than trains or racing cars! Seeing Ultraman's eyes and luminous signal shining in the dark while he fights giant monsters in town or in the mountains also exalts me. In general, I prefer to look at big objects at night.
”
—Hirohiko Araki 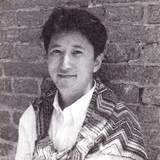 “
I'll carry on with my praising of movies scenes that make me enthusiastic. I like it when a chase between cops and gangsters is happening when it rains. I can't express what I'm feeling with words alone, and that's what's making these exalting scenes so particular. Cops and rain simply go well together. The scene when we see a man riding a horse across the steppe amazes me too. When I saw that for the first time, I instinctively understood what being cool meant!
”
—Hirohiko Araki 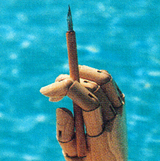 “
Here is the top 5 of my favorite toys

1. Phosphorescent skeleton (When it shines at night, it feels like I'm in a fairy tale.)

2. Bouncing ball (This piece of rubber took me into a science-fiction universe.)

3. Resident Evil (PlayStation) (It's so great!)

4. A Thunderbird II model (I love the design and I find that the container's conception was very clever! I really had the impression I could go anywhere with this.)

(I spent whole days assembling and disassembling the piece to make new models. I think that Lego is the Western philosophy in its entirety.)
”
—Hirohiko Araki 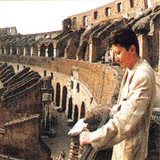 “
Every time I visit a monument like the Colosseum in Rome, I feel a strong emotion. Be it a happy or a sad day, whether the weather is clear or rainy, whether a war or a crisis happens, whether a young couple or Audrey Hepburn go visit it, the Colosseum has remained for many years. This longevity simply gives me courage. Now, if such a monument existed in Japan, where would it be?
”
—Hirohiko Araki 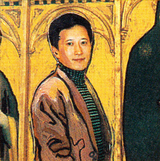 “
Historic monuments and relics from the past make us nostalgic yet these are places that calm our hearts. This is why we must preserve them. I'm convinced of that, because just setting foot in the restaurant the singer Prince went to (even if it's not good) makes me feel a strong emotion. In contrary, in my hometown, they moved the temples and the graveyards to the suburbs for the town's development'sake, making roads and building in their place. I find it sad...
”
—Hirohiko Araki 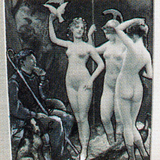 “
"The sequence" - the magnificence of music resides within the chord progression. Even Mozart once said to the Emperor that no note could be omitted from a piece. The human body is also made of a genetic sequence called DNA. Thus we cannot neglect the existence of that sequence of preestablished facts we call fate. But if everything is decided in advance by fate, we tend to think that the efforts we deploy everyday are vain. This is one of the point I have to consider when I tell a human epic. Is there a solution to that question?
”
—Hirohiko Araki