He wears a light cap-sleeved jacket with a tall collar, dark gloves revealing his thumbs and index fingers, and a wristwatch of a fine, modern design on his right. It is shown that his pants are lightly frilled and studded near the bottom of the legs. 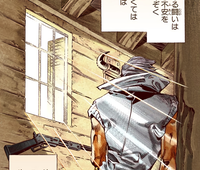 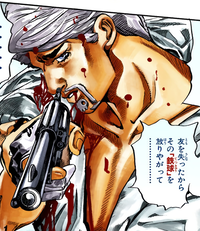 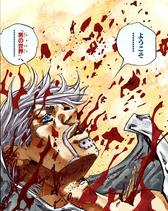