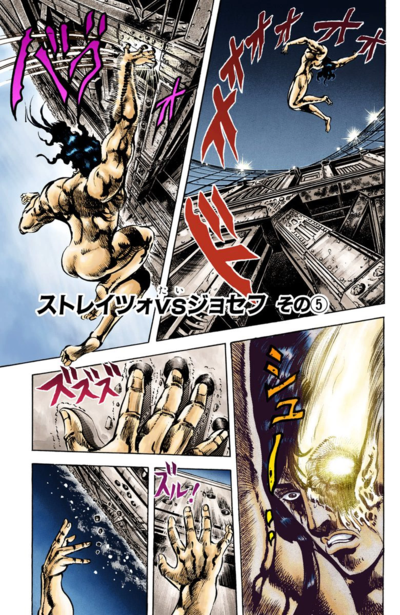 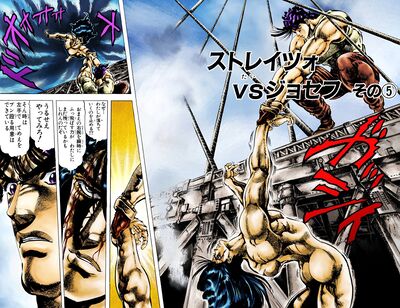 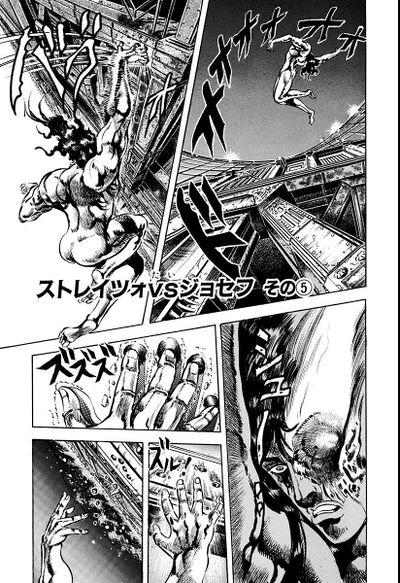 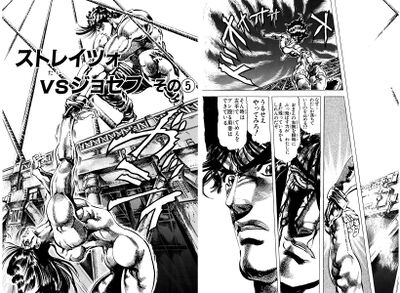 Straizo vs. Joseph, Part 5 (ストレイツォジョセフ その⑤, Sutoreitso tai Josefu Sono 5), originally Nazis and the "Pillar Man" (ナチスと”柱の男”, Nachisu to "Hashira no Otoko") in the WSJ and tankobon releases, is the eighth chapter of Battle Tendency and the fifty-second chapter of the JoJo's Bizarre Adventure manga.

Author's Note
“
We just got another assistant and now the new workplace is already too small! This is not good.
”
—Hirohiko Araki
“
アシスタントがまたひとり増え引越したばかりの仕事場が、もう手狭に！困ったことだ。
”
—Hirohiko Araki