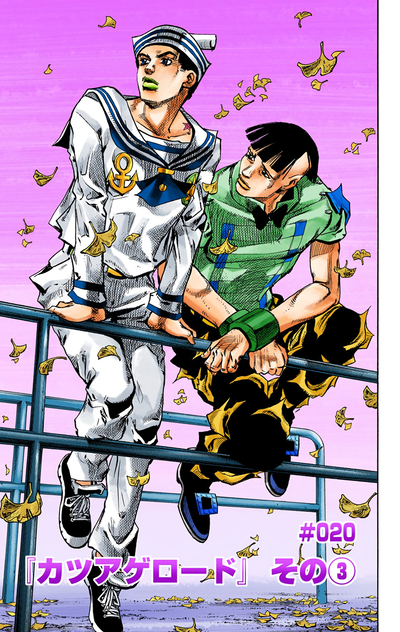 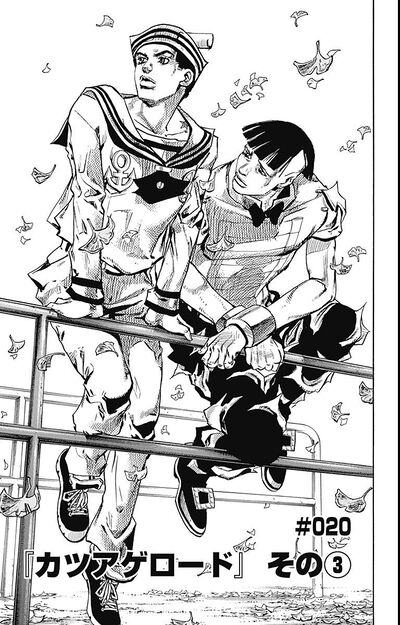 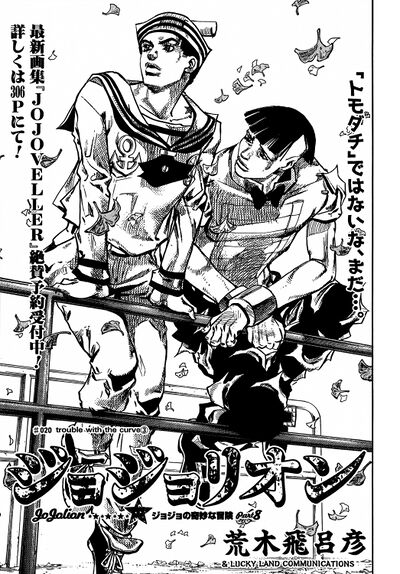 "Shakedown Road", Part 3 (『カツアゲロード』 その③, "Katsuage Rōdo" Sono 3), originally Trouble with the Curve, Part 3 (trouble with the curve ③) in the UJ release, is the twentieth chapter of JoJolion and the eight hundred sixty-seventh chapter of the JoJo's Bizarre Adventure manga.