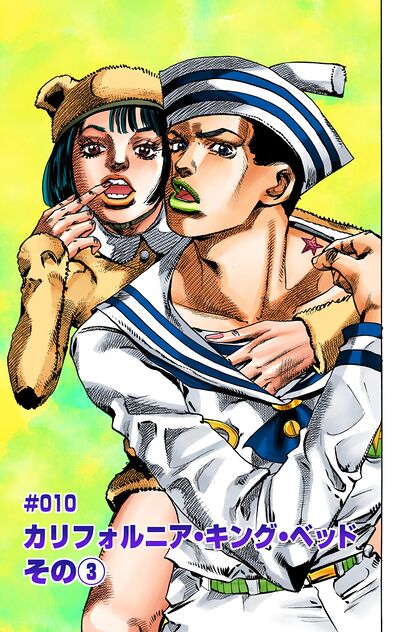 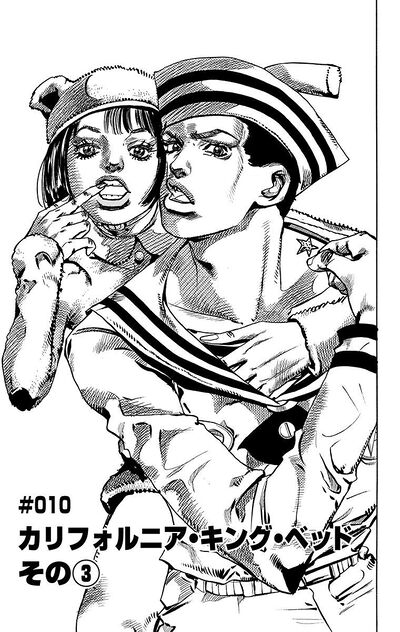 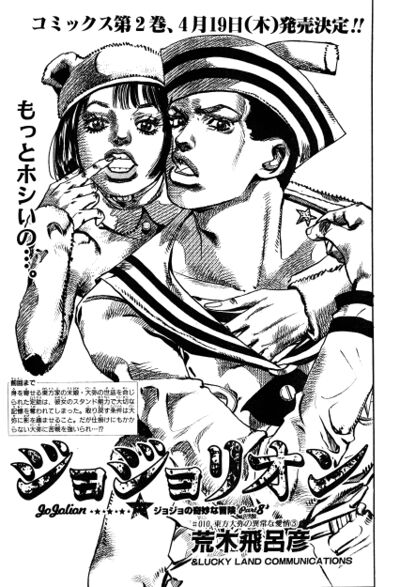 Yasuho arrives at the Higashikata estate, still wanting to help Josuke despite being warned by Kei Nijimura. While peering through the gates of the estate, she stumbles upon Daiya, who is going out on her bicycle, and Josuke, who has lost all memory of her. Confused by Josuke's inability to recognize her and wary of the Higashikata Family, Yasuho hides behind a corner around the gate.

Meanwhile, Daiya and Josuke begin to leave the estate. Before leaving to go shopping, Daiya asks that Josuke rides on the back of the bike with her. While she talks, Josuke realizes that he might be able to get Daiya to enter his shadow while she is on the bike. He hops on behind her, and while riding, Josuke attempts to fake still being behind Daiya on the bike by extracting his voice and popping the bubble near her after hopping off the bike and grabbing a nearby tree branch. However, Daiya notices that Josuke isn't putting his arms around her as she starts riding. Daiya realizes that Josuke was trying to trick her again, causing a memory of his Soft & Wet to be extracted, much to Daiya's delight. Satisfied with her new memory and convinced that she's won over Josuke, Daiya begins to get back on her bike once more to go shopping but suddenly stops as she hears her cell phone ringing somewhere in the distance.

Exploiting Daiya's fairness psychology, Josuke reveals that he hid the phone in the kitchen refrigerator, also recalling that he feels he was silently trying to contact an important person. However, enraged and disgusted by the fact that Josuke was possibly trying to call Yasuho, Daiya throws Soft & Wet's memory against the ground, damaging the chess piece and causing slight damage to him. She then orders Josuke to fetch the cell phone, following him closely and threatening to break apart his memories knowing that they would disappear for good. It is revealed that Yasuho is the person calling Daiya's cell phone, who got the number when Josuke attempted to call her earlier from the same phone before his memory of Yasuho was extracted. Josuke retrieves the cell phone and, on Daiya's order, seemingly closes the refrigerator door. Daiya answers the call and realizes that it is Yasuho on the line. She snaps and prepares to destroy Josuke's memories; however, before she can throw them against the ground, Josuke points out that Daiya is stepping on his shadow, revealing that he had never actually closed the refrigerator door when she asked him to.

Josuke regains all his memories and explains that he used the phone as a final bait. He planted a bubble prior to going out of the house, which would store the closing sound of the refrigerator door. Because Daiya is blind, Josuke could fake the refrigerator door being closed by having the bubble pop, allowing the light of the refrigerator interior to continue to pour out and cast a shadow on Josuke. Daiya is defeated, and Josuke answers Yasuho's call to tell her everything is fine. He then asks Daiya if she attacked him on her father's orders, to which she says she doesn't know what Norisuke is thinking. Josuke goes to search the second floor of the Higashikata Estate before being stopped by a heartbroken Daiya, who asks if Josuke no longer loves her. Josuke bluntly states his hatred for her but offers to reconcile if she keeps quiet to her father and helps him in his investigations. Daiya happily agrees to Josuke's terms, and Josuke kisses her on the cheek.

Daiya explains that the second-floor hosts her father's study. She also suggests that the marking on the stairs is a publisher's mark, like what would be on a book. Josuke and Daiya enter the upper room finding it to be an office donned with a library. Josuke spots the mark on a book and takes the book from its shelf. That book is named "Steel Ball Run Race Complete Record" by Norisuke Higashikata I.