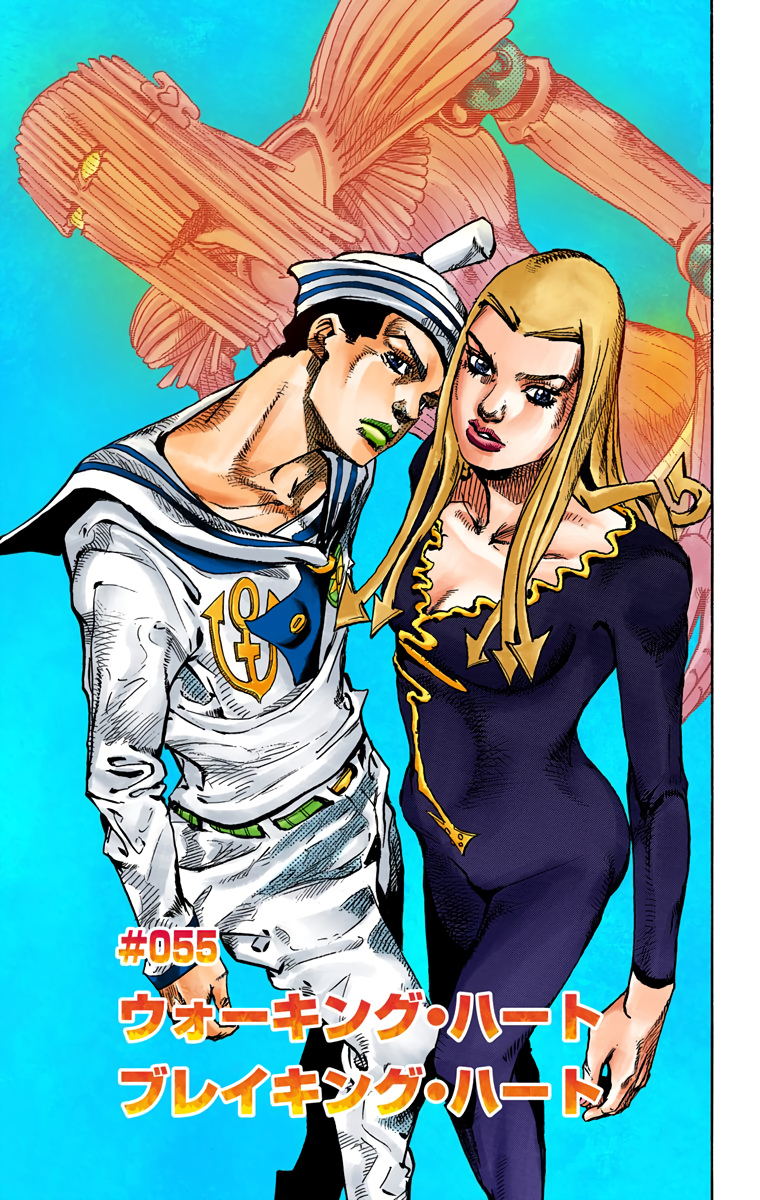 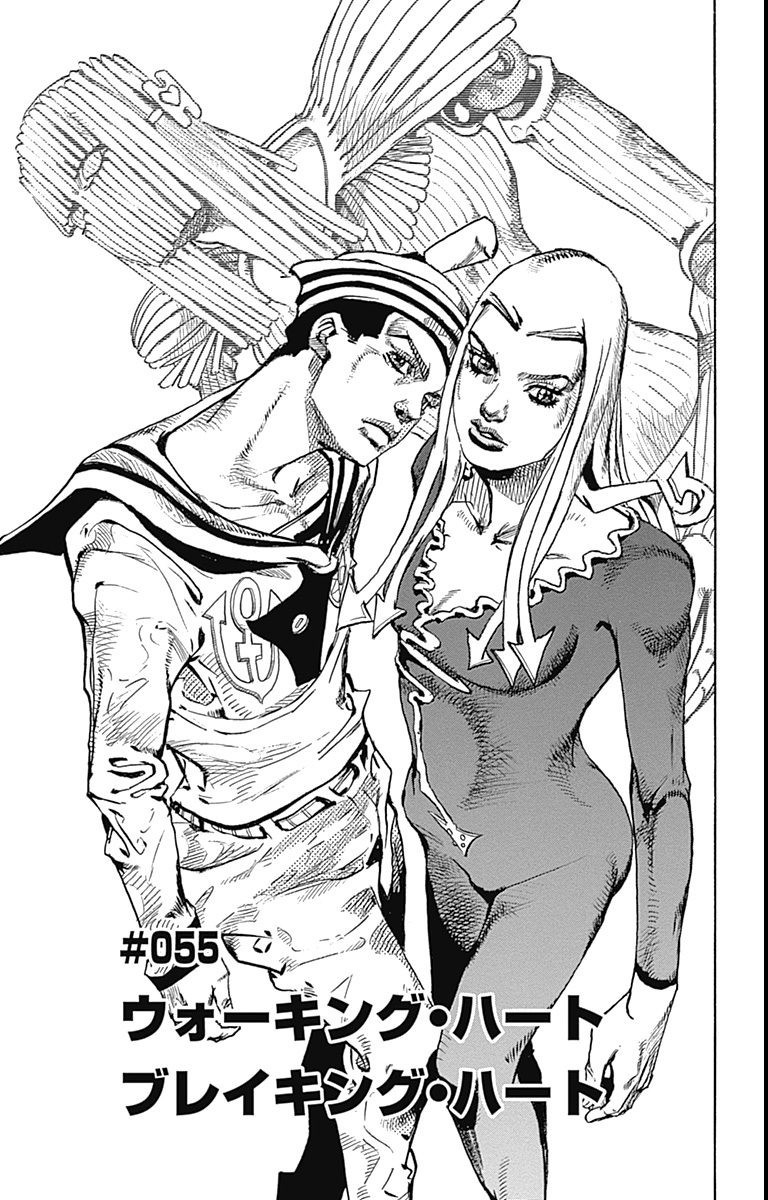 At the Higashikata's, Josuke evaluates the situation. Addressing Damo, Josuke concludes that the Rock Humans trafficking the Locacaca are few, and that Damo is their head and last living member. He then warns the suffocating Damo to leave the premise immediately or Hato, currently on the roof and outside of Vitamin C's range, will defeat him. For his part, Damo looks at Josuke, the hybrid between Yoshikage Kira and Josefumi Kujo, and reflects that the new resurrecting Locacaca will be profitable, still confident in his ability to defeat Hato. He hears her walking on the roof, seemingly following him, then dismiss her confidence.