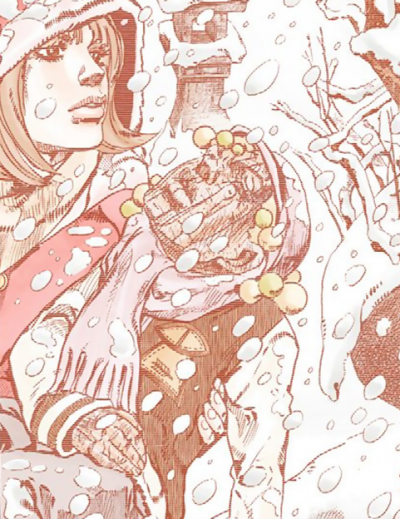 JJL Chapter 21
“
This curse on the Higashikata Family - your illness, I swear I'll cure it.
”
—Jobin Higashikata to his son Tsurugi, Ozon Baby's Pressure, Part 1

The Rock Disease is an affliction that particular characters suffer from, featured in the eighth part of the JoJo's Bizarre Adventure series, JoJolion. 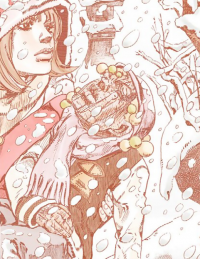 Although he succeeds, the sickness is instead pushed onto his young son, and so in a desperate attempt, he utilizes the Spin to transfer the disease to himself before being flattened by a stone under the effects of the newly developed Les Feuilles.

Over the course of JoJolion, Tsurugi's condition rapidly worsens as he experiences memory loss and his skin seems to melt. After Tsurugi reaches critical condition, Kaato Higashikata appears in the Higashikata House, storing Tsurugi in her cards and taking him to an injured Toru, and starting an Equivalent Exchange between the two using sap from the Locacaca fruit pot, thus curing Tsurugi from the disease and killing Toru in the process.