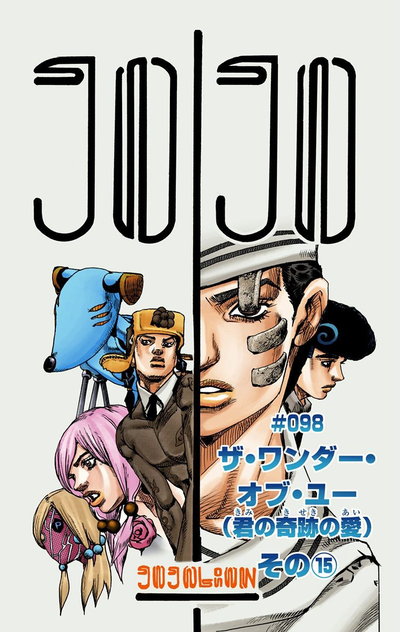 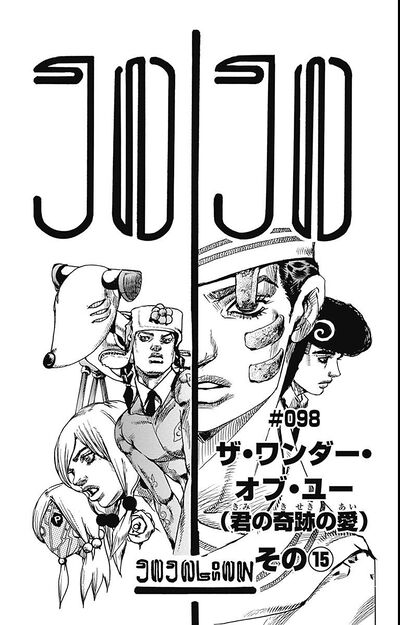 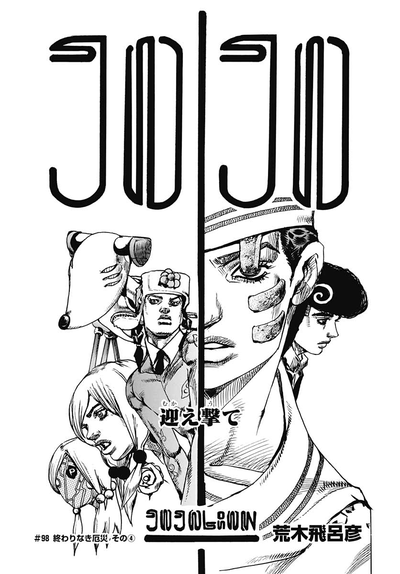 At TG University Hospital, Rai Mamezuku heads towards the laboratory where Josuke Higashikata is waiting, with Satoru Akefu close behind him. Akefu bumps into a glass wall but to Mamezuku's astonishment, simply walks through it. Akefu then bumps into a column but phases through it and takes the escalator - or rather, its reflection - to the next floor. Mamezuku turns his head just to see the hospital director is already on the real escalator. Mamezuku rushes to the third floor through the stairs to overtake Akefu and reaches the corridor leading to the laboratory, just in time to see Akefu enter another wall and seemingly phase through it. Among the many reflections on the wall, Mamezuku glimpses the doctor's true appearance beneath his disguise. He is revealed to be the Stand who had attacked Mamezuku and Josuke by the hospital's staircase and in Josuke's Lamborghini. Mamezuku runs and reaches the laboratory first only to see Josuke calmly waiting on a swivel chair.

At the Higashikata House, Toru observes Yasuho on the ground and describes the nature of a "calamity", which is according to him the occurrence of a bad thing even if it were to happen to a saint walking the right path. With Jobin Higashikata neutralized, Toru can now go pick up the new Locacaca.

Back at TG University Hospital, Mamezuku tries to warn Josuke that the hospital director was an automatic Stand all along. Unfazed, Josuke explains that Holy has helped him recently and that she's now in danger. Thus, Josuke must fight the enemy Stand here and now. More importantly, Josuke declares that there is a way to directly kill it. Mamezuku warns Josuke about the extremely dangerous power of this Stand and that disaster may strike with his every move. However, Josuke says that despite everything, he can count on Soft & Wet's bubbles, Mamezuku's help as an ally, and even the support of Yasuho even if she's somewhere else.

Changing his form back to that of the hospital director, Akefu phases through a wall to peek inside of the laboratory while Mamezuku and Josuke prepare to fight. However, he doesn't completely step inside, as the Stand and Toru sense something strange about the room. As Toru leaves the Higashikata home, Yasuho hears the rustling in the bushes caused by his departure and calls out to him, correctly assuming that it's him. However, her cries are suddenly answered by Joshu, who arrives at the garage with the potted Locacaca in his hands. Despite being greatly shaken by all the disasters that have recently struck his family, he declares that he'll save Yasuho.