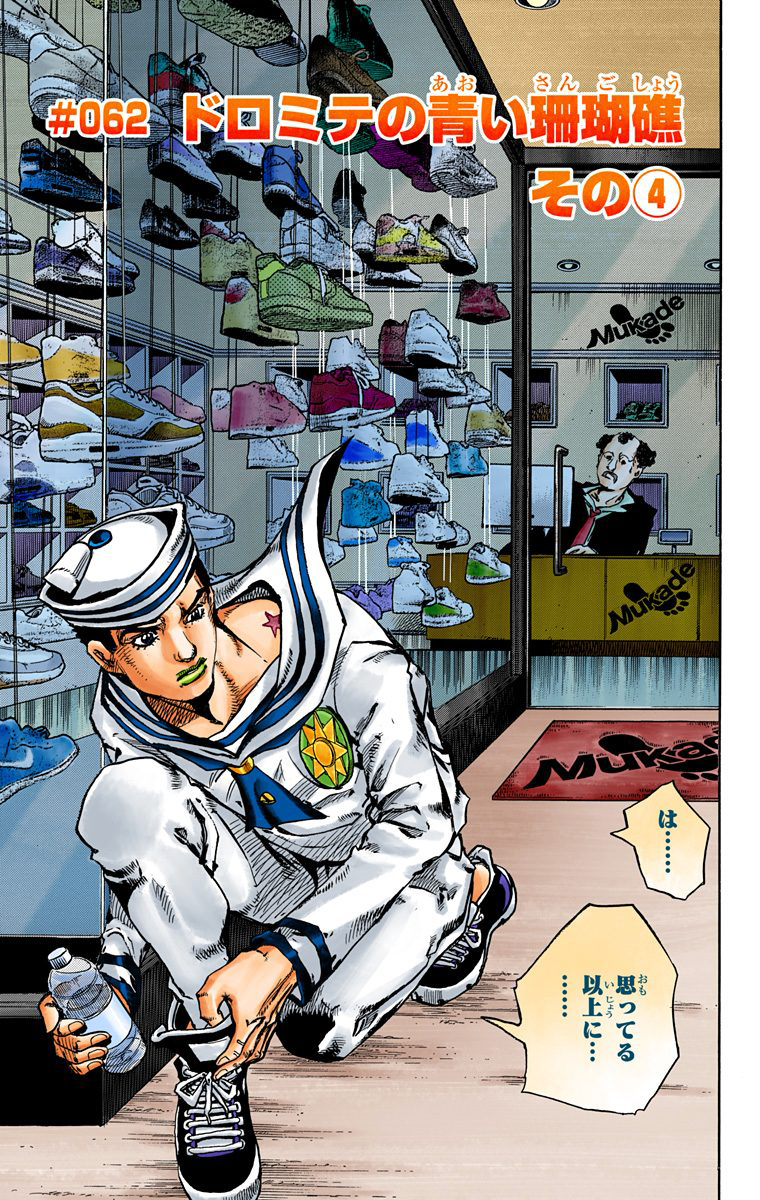 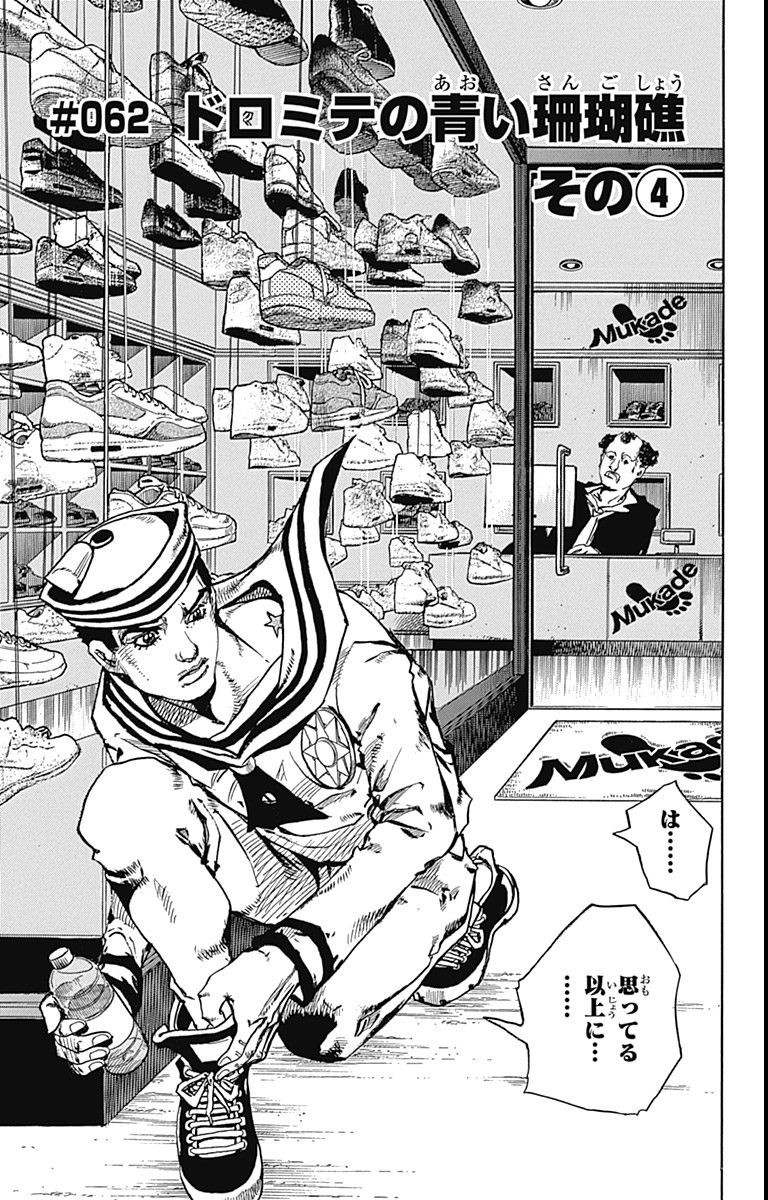 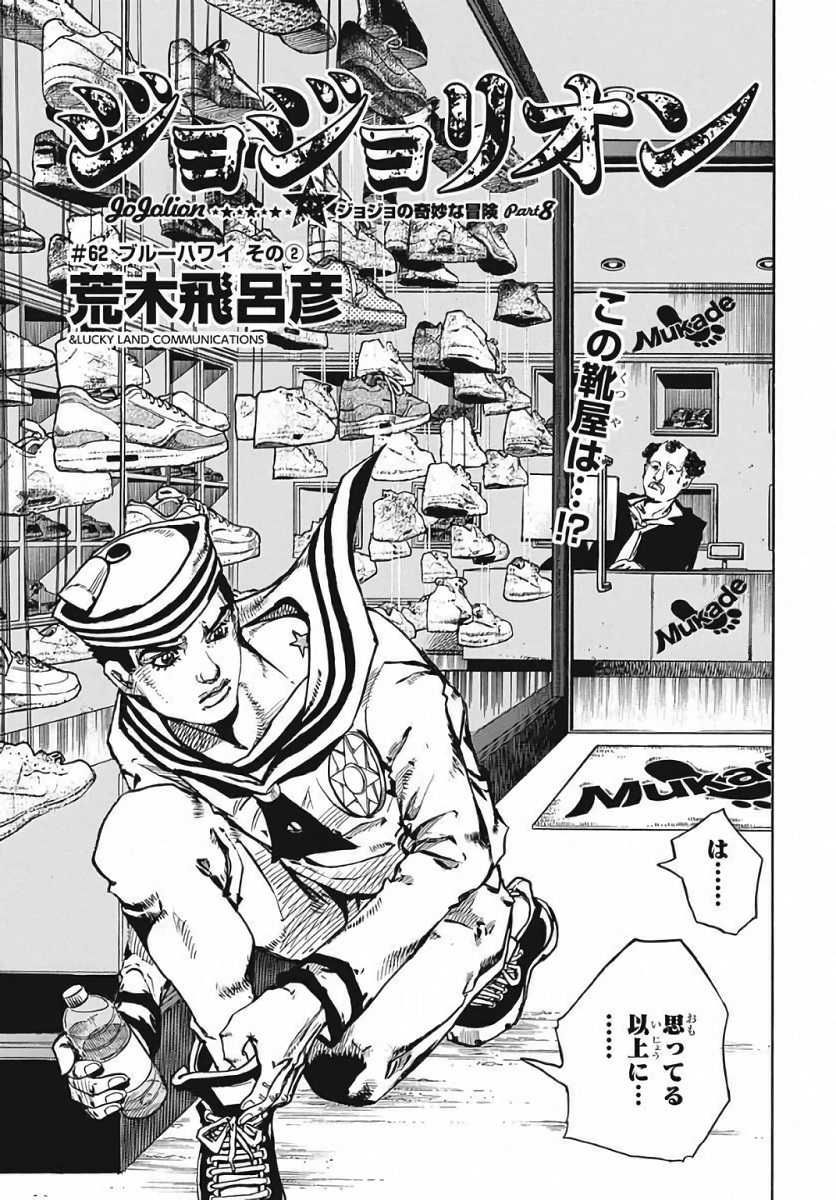 Josuke has bought a new pair of sneakers at a shoe store but his predicament is not over yet. Since he doesn't know who the enemy Stand has infected, Josuke is suspicious of the whole crowd around him. With such a Stand, Josuke notes that the enemy is going to wreak havoc into town. His thoughts are interrupted when he notices one of the thugs who tried to mug the infected woman earlier approaching him. The new infectee, a woman wearing a bloody pearl necklace stolen from the last one, tries to attack Josuke. After briefly trying to incapacitate her in hand-to-hand combat, Josuke sees that his efforts are futile and opts to run, pursued by the young thug. During the chase, the infectee bumps into several people before getting run over by a motorcycle. She dies, but now a muscled jogger has become the infectee and resumes the chases for Josuke.

The jogger is faster than Josuke, but the latter jumps above a group of bicycles to bar the path to him. The crazed man pursues Josuke so violently that he doesn't even mind losing a hand when he inadvertently sticks it in the bicycles. When Josuke jumps over a fence, the man presses his face so hard against the wires that he cuts his own face and blood violently spurts toward Josuke. Soft & Wet envelops Josuke with a bubble, protecting him, but the blood still splashes into the face of a child riding a bike. The latter becomes the new infectee, and Josuke resorts to lifting him with his bubble, stealing the bike, and putting as much distance as possible between him and the infectee. Josuke, seeing that this ability is relentless, can only hope that Yasuho finds the enemy.

Meanwhile, Yasuho has come to the bus station and found the tooth. She uses Paisley Park to investigate, but against her initial intention of searching the town's dentists' medical records, it breaks instead into the data server of the local police where it finds several suspicious cases involving the slaughter of several small animals in locations surrounding the Mutsukabe Shrine. One of the suspects is a man named Masaji Dorokoma, age 39, whom was never found by the police, but the present tooth was part of his dental imprint. Yasuho has discovered the enemy, but still doesn't know where he is. However, she sees some dirt on the tooth; thus plans to find wherever Dorokoma is hiding by tracking the soil. It is at this moment that Speed King attacks Yasuho from behind; it heats the bloodstream in Yasuho's head and the girl falls unconscious into the bushes. Jobin has intervened to stop Yasuho from helping Josuke, but identifying her as Joshu's girlfriend and unwilling to arouse his father's suspicion, he simply recovers the tooth and steals Yasuho's mobile phone. He throws the tooth into the sewers and crushes the phone, thinking about how Norisuke has no idea the future of the Higashikata Fruit Company hinges on the Locacaca.