From JoJo's Bizarre Encyclopedia - JoJo Wiki
(Redirected from The Fight Between Light and Wind!!)
Jump to navigation Jump to search
English 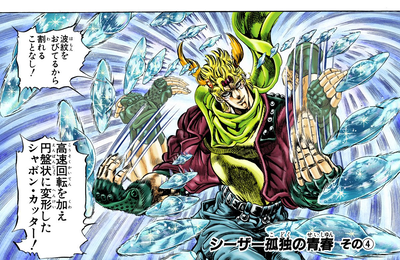 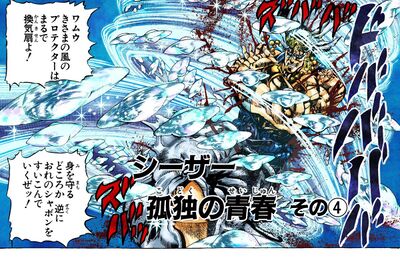 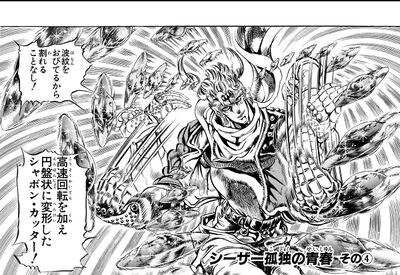 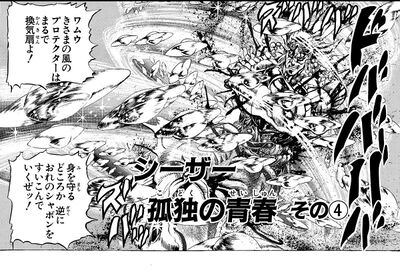 Caesar: A Lonely Youth, Part 4 (シーザー孤独の青春 その④, Shīzā Kodoku no Seishun Sono 4), originally The Fight Between Light and Wind!! (光と風の激突!!, Hikari to Kaze no Gekitotsu!!) in the WSJ and tankobon releases, is the forty-seventh chapter of Battle Tendency and the ninety-first chapter of the JoJo's Bizarre Adventure manga.

Author's Note
“
We're planning on releasing a one-shot in an issue of Super Jump! There's no set release date yet, but we'll do our best. Thank you in advance.
”
—Hirohiko Araki
“
月刊化されるに読切をと構想中！掲載時期は未定だけど、がんばるのでヨロシク。
”
—Hirohiko Araki