The Wonder of You, Part 2 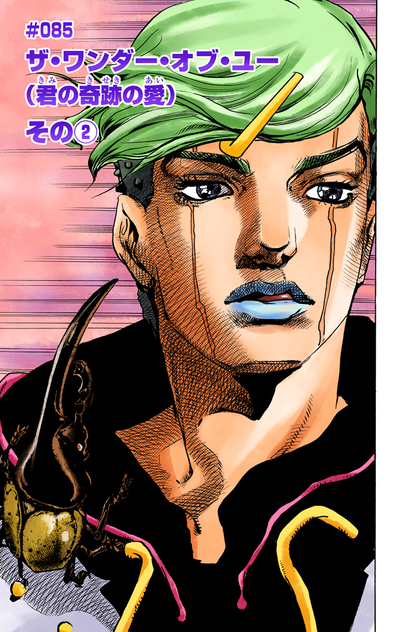 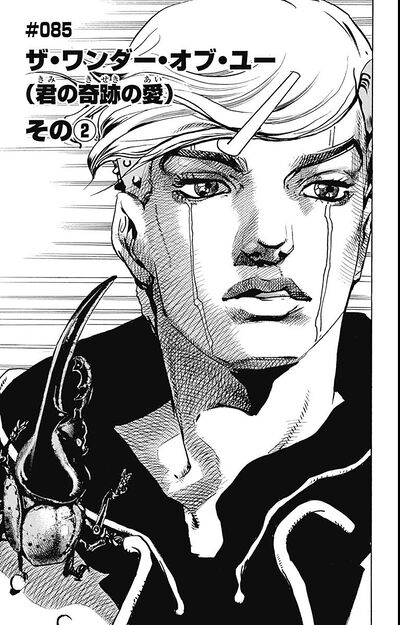 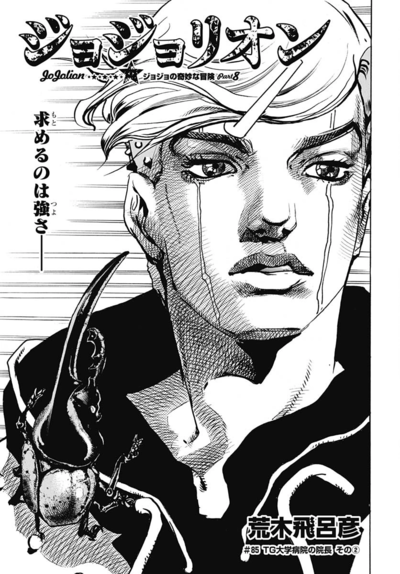 Mitsuba Higashikata has returned to her home, finding it empty. Heading to Jobin's home, she is surprised by her husband, who grabs her and asks him how much she has spent on plastic surgery. Mitsuba momentarily worries that he has found about her spending 200 million yen, but Jobin gets sidetracked as he expresses awe at her new nose, carrying her into the bedroom to fool around while the family is away.

Mitsuba is suddenly reminded about Tsurugi, who has been hiding something from her. Mentioning that the day before, Tsurugi has been accused of getting a classmate crushed between an iron gate, she also recognize that Tsurugi had in fact a motive. Indeed, said classmate teased him about his grandmother Kaato, accused of murder.

Becoming serious again, Jobin indulges in another motivational rant. He explains that although humanity has developed concept such as luck, good and evil, he ultimately believes them to be all lies stemming from society and that strength is all it comes down to; the strong survive and the weak perish. Returning to Tsurugi, Jobin claims that Tsurugi understands him about becoming strong, and that the Higashikata Family will prevail against all because they will acquire strength. Thus, Tsurugi doesn't have time to concern himself with teasing classmates. Jobin subsequently takes his leave and heads to his beetle room.

Puzzled, Mitsuba notices the hospital director Satoru Akefu is standing near the edge of the estate ground. Trying to open the window, Mitsuba accidentally breaks her nail on the window frame and gets distracted, losing sight of the director. Reminiscing the findings of Josuke, Yasuho and Mamezuku, Mitsuba is confused as to why the hospital director would lurk near the estate. Asking Jobin for a band-aid, she then catches a glimpse of the new Locacaca tree hidden among cacti. Although Jobin acts unconcerned, he begins to have doubts about Mitsuba.

Meanwhile, Josuke and Mamezuku are about to confront Akefu, but are stopped on their track as they bump against a glass door, and Mamezuku then trips over scattered chairs. Before such incidents, Mamezuku concludes that the hospital director is certainly the mastermind of the whole Locacaca Organization and a Stand User at that. Meanwhile, Josuke notices a suspicious bleeding on the hand that has touched the door. The trio splits to surround the old director, allowing Josuke and Yasuho to briefly discuss about Toru. While Yasuho reassures Josuke that she doesn't have any feelings for him anymore, Josuke is internally unsure of it.

Josuke and Yasuho meet again, but the director has inexplicably slipped past Mamezuku. Turning to catch up to the director, who is exiting the hospital, Mamezuku trips again over an umbrella stand. Yasuho uses Paisley Park to hack the entrance cameras but still cannot get a clear look of Akefu's face, handing her smartphone to Josuke, Yasuho gets busy investigating all the cameras from the entrance and ignores a call from Toru. However, Josuke cannot resist the temptation of listening to Toru's message.

Opening the voicemail, Josuke listens to Toru. He claims that when they hand touched, Yasuho did show some lingering love. Declaring again his love for Yasuho, Toru vows to turn their relationship back to the passionate love they had when they started dating, regrets having broken up with her a year ago, and asks her to meet him at a certain place, of which he sends a photo. Josuke thus sees a selfie of Yasuho and Toru together near the coast.

However, Mamezuku then recalls all the times he bumped into objects during the chase and realize that they are caught up in a Stand attack. Indeed, Mamezuku's legs have been shredded, and the attack makes objects continuously bump into its targets.