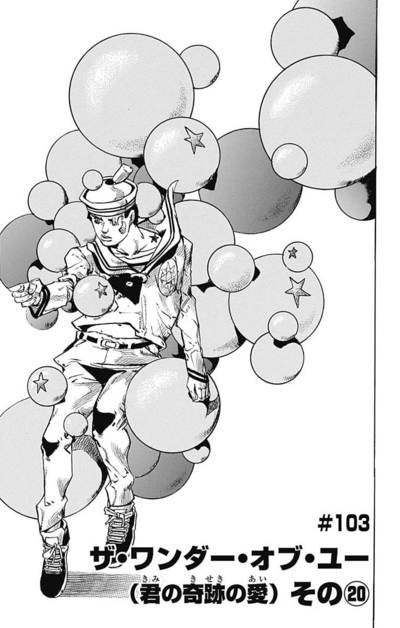 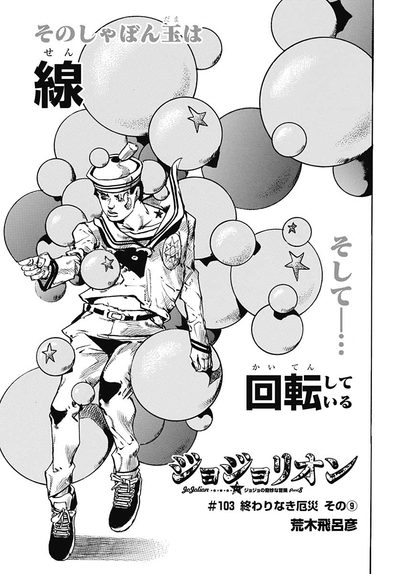 At the Higashikata House, Joshu tries to attack Yasuho but trips on the potted Locacaca and falls to the ground. Yasuho finally sees Toru and his Wonder of U, and warns her that the order of death has shifted to her dying next. Still, Yasuho continues her call to Kei Nijimura. As Holy Joestar-Kira lies on her bed, Yasuho tells Kei about her situation and that if they can inform Josuke of the user's identity, then they can win. Kei tells Yasuho that she's headed for the secret Locacaca lab, which worries Yasuho. Yasuho thus warns her about the calamity powers of the enemy. Nonetheless, Kei continues forward.

Born This Way appears and produces cold wind, freezing several bubbles before propelling them towards Wonder of U. The latter tries to deflect them with his cane. Kei finally enters the room. To his shock, Wonder of U realizes that he's been wounded in the head; at the Higashikata estate, Toru finally bleeds for the first time. Wonder of U thus finally realizes what Rai Mamezuku was saying, understanding that there is yet another invisible power in Josuke's bubbles.