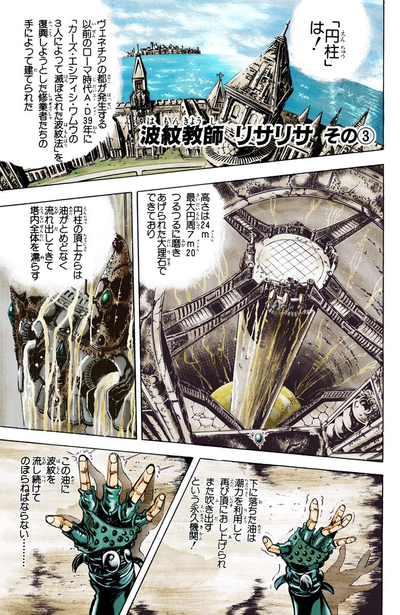 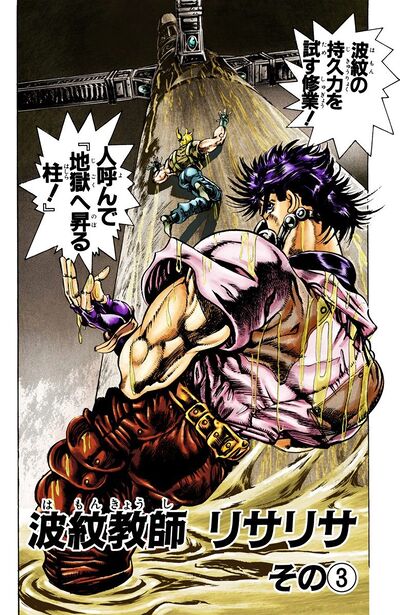 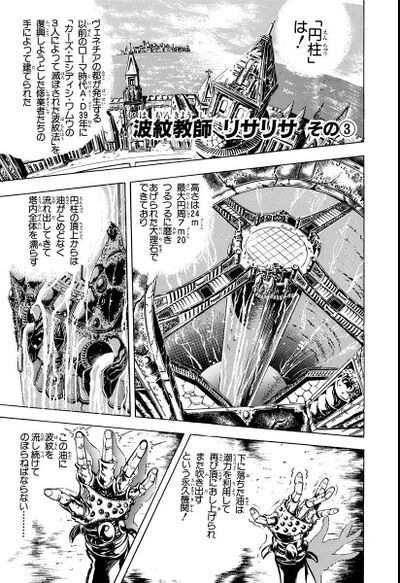 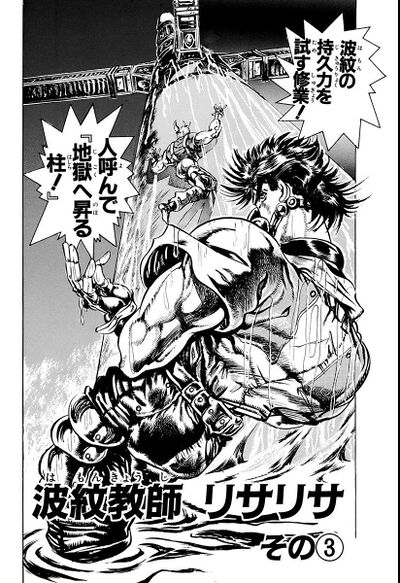 The climb up the pillar, presented as an antique training tool for Ripple users named "Pillar from Hell", is difficult due to the oil flowing from the top on all sides to the pool below. Caesar has already made his way a few meters up, but Joseph is having difficulty using the Ripple to cling to the surface. He decides to climb up using an alternate method involving his rolled-up shirt as a pole strap. This proves futile, as Lisa Lisa notices he is trying to cheat and cuts the strap with a throwing knife, Joseph thus falls to the bottom of the pillar. Angry, he promises to exact revenge on her.

28 hours later, Joseph discovers Caesar's technique of applying his Ripple to his fingers rather than the palm. Joseph successfully grabs onto the surface of the tower and he and Caesar make their way up. 3 hours later, Joseph reaches a stationary Caesar and realizes the pillar has a protruding shape, making it more difficult to climb higher up. Joseph discovers a crack in the surface, and decides to grab onto it to rest. Unfortunately, the crack contains a switch that causes a high-pressure eruption of oil to blast out of the pillar above them.

Author's Note
“
There aren't many restaurants in my neighborhood and almost every time I eat out, the menu is really boring. Maybe I should move?
”
—Hirohiko Araki
“
近所に食べ物屋が少く、外食がほとんどの私は、メニューがマンネリ！引越ししようかな
”
—Hirohiko Araki