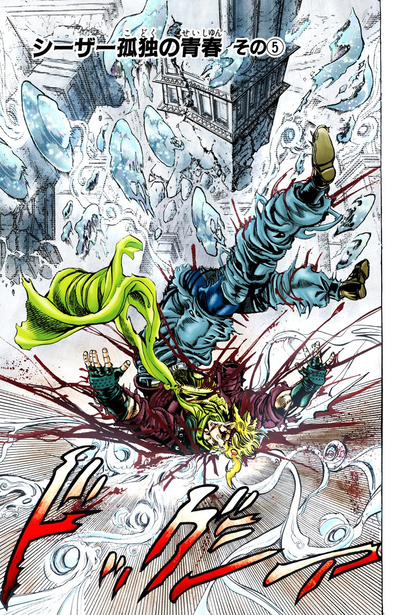 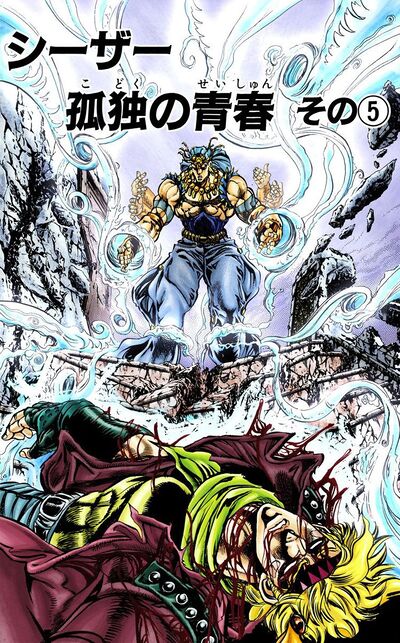 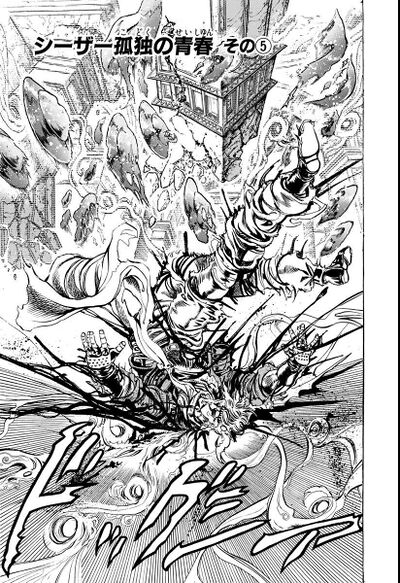 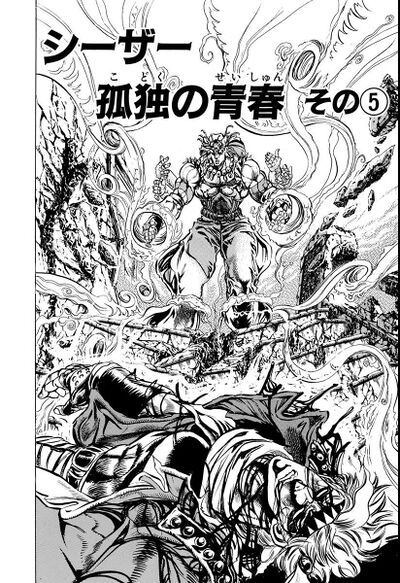 Caesar: A Lonely Youth, Part 5 (シーザー孤独の青春 その⑤, Shīzā Kodoku no Seishun Sono 5), originally The Crimson Bubble (鮮赤のシャポン, Senseki no Shabon) in the WSJ and tankobon releases, is the forty-eighth chapter of Battle Tendency and the ninety-second chapter of the JoJo's Bizarre Adventure manga.

After the Divine Sandstorm, Caesar is covered in blood and lays on the floor. The mansion crumbles around him from the powerful attack. Wamuu falls down, praising Caesar for his brilliant fight. However, at that moment Caesar rises and makes a last pitiful attack on Wamuu. After relentless weak punches, Caesar finally grabs the Wedding Ring antidote for Joseph, fulfilling the Zeppeli Family legacy of perishing so that others may live. Caesar uses his final Ripple to create a bubble made of his own blood, containing the antidote and Caesar's Headband. Caesar is then crushed by falling debris that is shaped like a cross, in a moment of satisfaction and thankfulness to his companions. To honor the magnificent warrior, Wamuu leaves the bubble containing the antidote alone, and retreats further into the mansion.