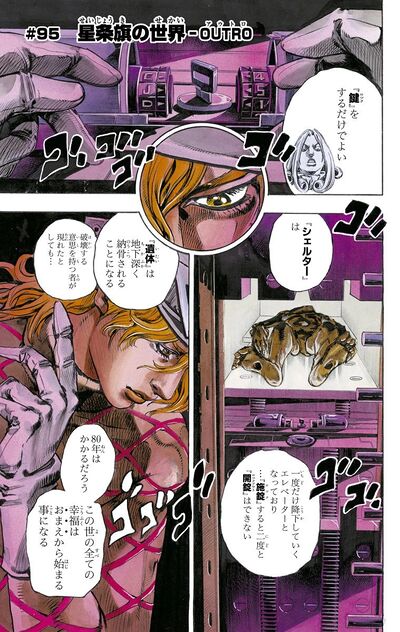 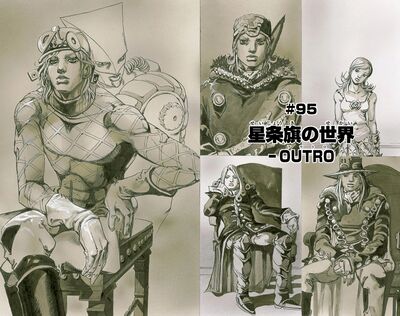 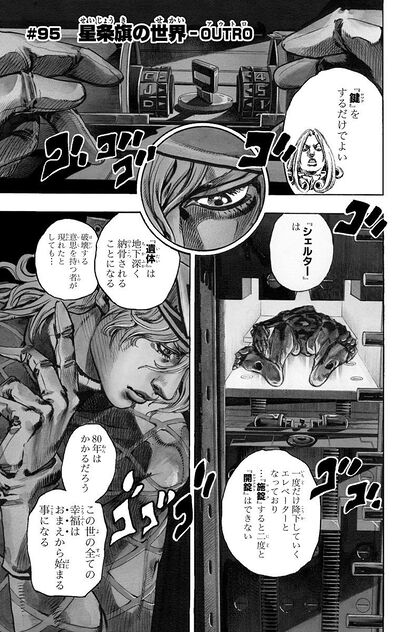 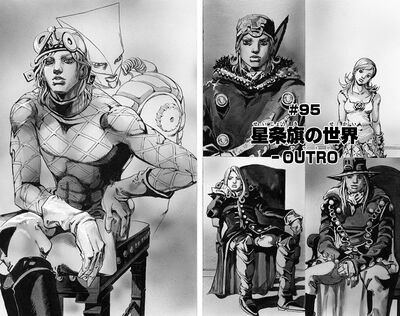 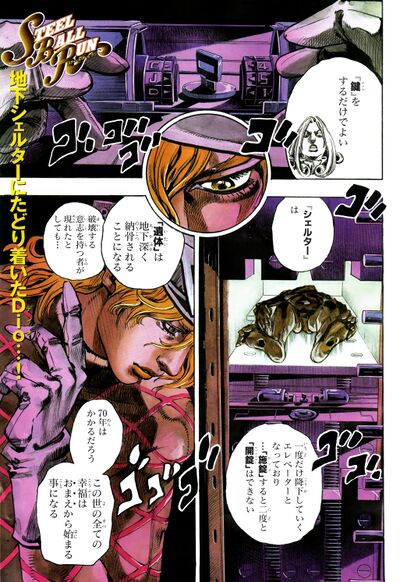 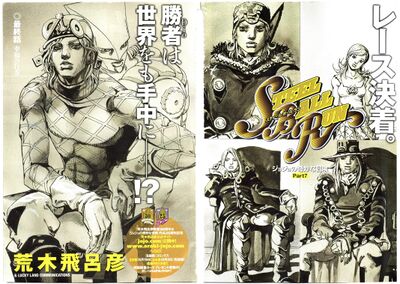 The World of Stars and Stripes - Outro (星条旗の世界 -, Seijōki no Sekai -Autoro), originally The Whereabouts of Happiness (幸福の行方, Kōfuku no Yukue) in the UJ release, is the ninety-fifth and final chapter of Steel Ball Run and the eight hundred forty-seventh chapter of the JoJo's Bizarre Adventure manga.

After Diego reflects his attack, Johnny suffers from the effects of Tusk ACT4's infinite rotation and contemplates his approaching doom. After his victory, Diego reached his final destination, the basement of the Trinity Church, to secure the Saint's Corpse. About to lock the Corpse, Diego is startled when he realizes someone is behind him. The company is none other than Lucy Steel, the girl who birthed the completed corpse.

Author's Note
“
Thank you everyone from the bottom of my heart for the completion of Steel Ball Run. I'll see you in Part 8: JoJolion.
”
—Hirohiko Araki
“
『SBR』心より完結大感謝。第８部『ジョジョリオン』でお会い致しましょう。
”
—Hirohiko Araki