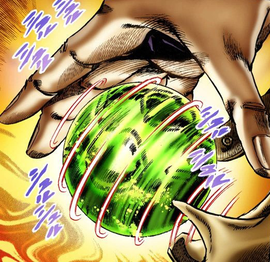 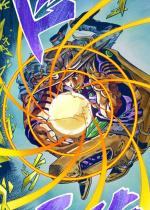 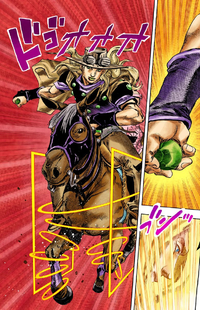 Although it is almighty, the horseback Golden Spin is incredibly complicated to set up. One must not only have a healthy horse, but also have the expertise to feel when it runs at its natural pace, in addition to the need of being proficient in the Spin and possessing a projectile that can be imbued with the Golden Spin. An imperfect thrown sphere will result in a failure[20] and any interference during the horse mounting, like bumping into an obstacle[14] or the horse being attacked, will completely interrupt the process.[17] During the events of Steel Ball Run, only two people on Earth could reproduce the Golden Spin on horseback. There exists a workaround for setting up this technique. Johnny uses a Steel Ball on his horse's leg, making it kick him with the energy of the Golden Spin. Johnny was thus imbued with the energy of the Golden Spin and by spinning his nail at the same time, could reproduce the same infinite Spin he would have by riding his horse.[21] 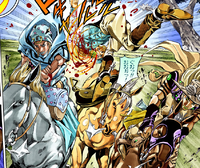 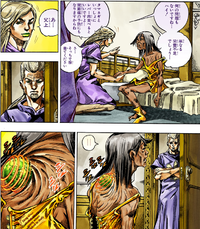 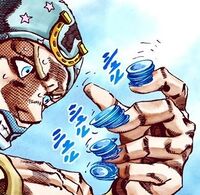