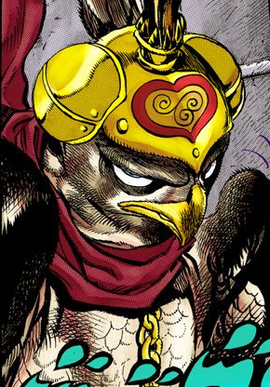 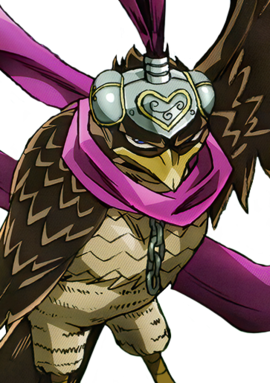 Blown to pieces after his beak is crushed

JoJo RPG (SFC)
Heritage for the Future (playable)
“
This bird is a Stand User just like me! It kills everyone who gets close to this manor... and it'll come after me next! I'm next on it's list!
”
—Iggy regarding Pet Shop, Chapter 225: The Gatekeeper of Hell, Pet Shop, Part 4

Pet Shop is classified as a falcon

, sporting a strong bill, sharp talons, and excellent eyesight.[3] He wears an ornate falconry hood adorned with 3 feathers and a heart motif like the other inhabitants of DIO's Mansion. He also wears what appears to be a scarf. 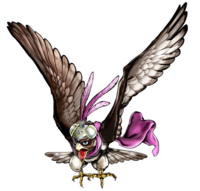