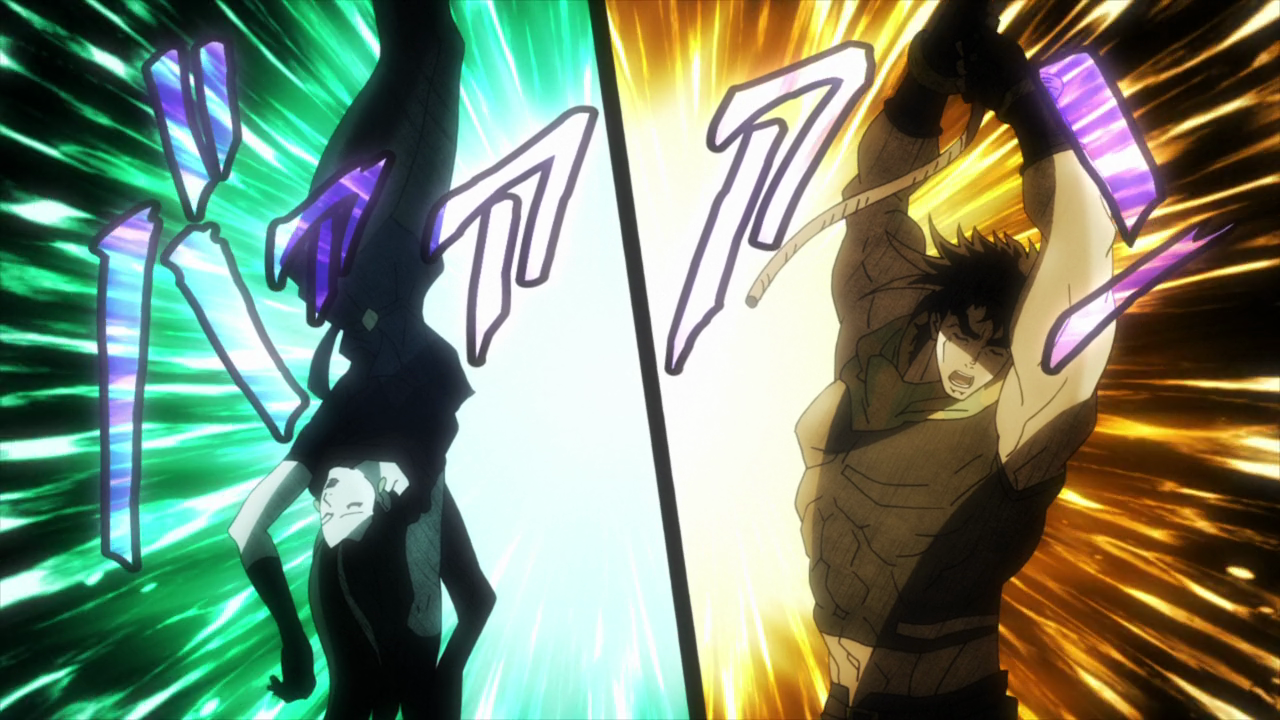 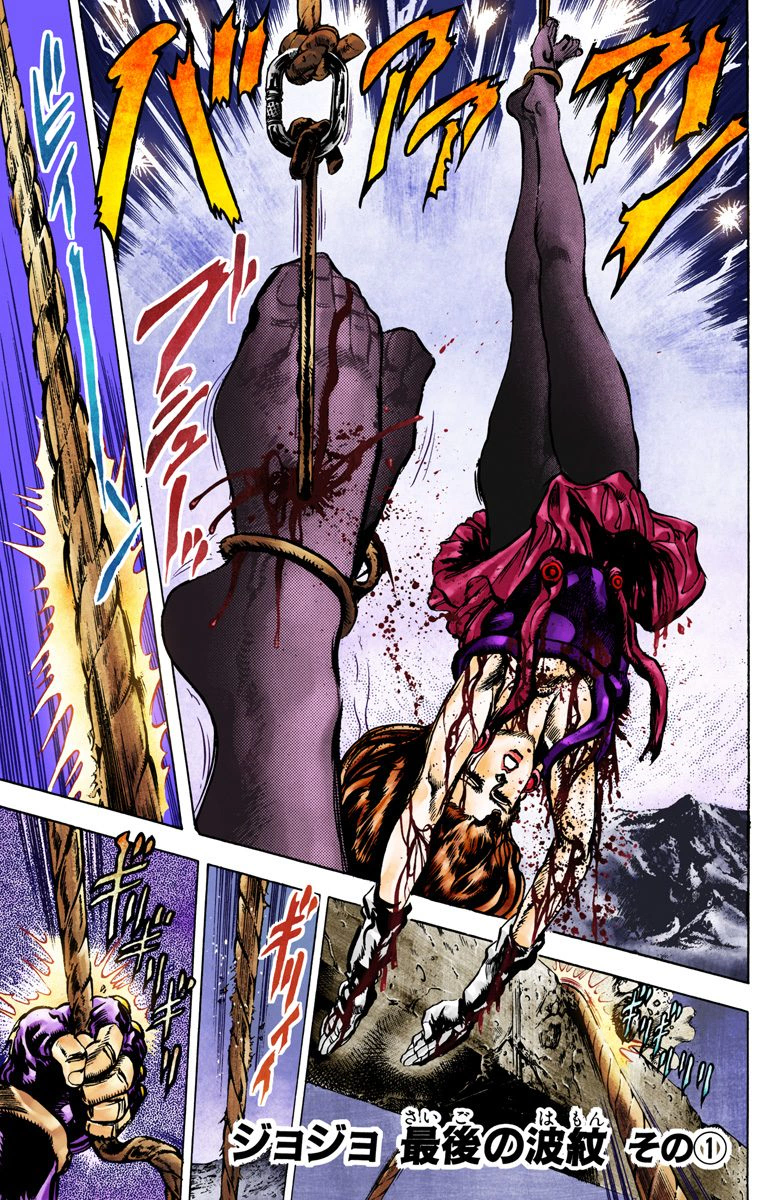 It narrates the clash between an exhausted Joseph and Kars, who has taken Lisa Lisa hostage. Despite his loss, Kars manages to transform into the Ultimate Being.

Being forced to cling onto a rope to keep Lisa Lisa from falling to her death and his allies occupied with the Vampires, Joseph is at a huge disadvantage against Kars who knows that he is still exhausted from fighting Wamuu. But Joseph sets his scarf on fire, claiming that pressuring himself will allow him to beat Kars. After several strikes which Joseph acrobatically avoid, the Pillar Man threatens to cut the rope if Joseph doesn't let himself be killed. When the latter attempts to attack, Kars cuts the rope. But, Kars himself trips, a knot around his legs; Joseph's acrobatics and flaming scarf only distracted him from seeing Joseph creating a noose around his feet. Joseph then leaps toward Kars and with his last Ripple attack, manages to cut through Kars' Light Saber and destroy his arm.[1] The defeated Pillar Man falls to the ground and lands on jagged crystals while Joseph lifts Lisa Lisa toward him.

Elizabeth before leaving her son.

As the Nazis approach Kars, Smokey asks Speedwagon why Erina lied to Joseph about his mother. Speedwagon consents to narrate the story, on the condition that Smokey does not tell Joseph. Decades earlier, after being saved by Erina and then raised by Straizo, Elizabeth met and married Erina's son George Joestar II who was a member of the RAF. However, George's superior officer was, in reality, the last of Dio Brando's zombies who concealed himself for years. Lacking the ability to use Ripple energy, George was killed by the zombie and Elizabeth slew the zombie under a witness' eyes. Unable to explain why she killed an officer, Elizabeth went into hiding and took the name of Lisa Lisa, leaving her infant son. Trying to protect Joseph from the strange fate the Joestar Family has suffered, Erina and Speedwagon hid the truth from Joseph. Smokey exclaims how ironic then it is for Joseph to save his mother with the Ripple, Speedwagon explaining that they should respect Lisa Lisa's decision until she feels ready to tell Joseph the truth.

Kars evolving into the Ultimate Being.

After much gloating toward Kars, Stroheim orders his men to finish the Pillar Man off with a barrage of ultraviolet rays. Suddenly, the Pillar Man reveals his face at the last second: having adorned it with an Super Aja-embedded Stone Mask. Panicking, the officer counterorders too late and Kars' Mask is stricken by the ultraviolet rays, activating its full power. The Mask pierces through Kars' skull, and the Pillar Man begins his dramatic transformation into the Ultimate Being.[2]