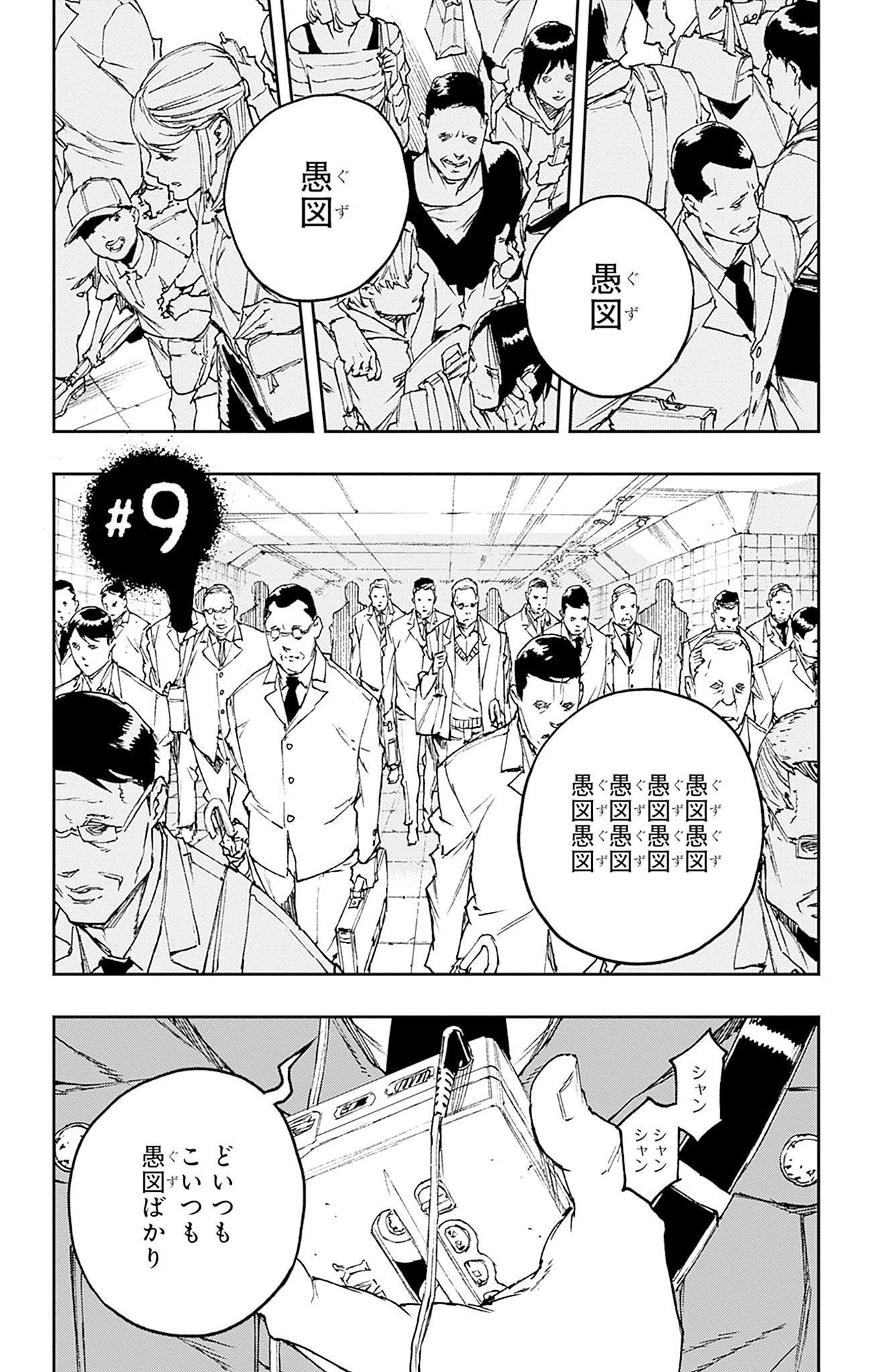 Karaiya looks at the civilians around him and feels that he is superior to all of them. He thinks back to a time when he was younger where he was chatting with his grandfather. His grandfather tells Karaiya not to open his heart to humans because of how shallow they are. Before World War II, he was at St. Moritz, Switzerland for an intelligence operation, where he experienced something that transcended all of creation. Back then, he learned from someone that the people who succeed don't concern themselves with things like pride or conviction. That person is now in a void far away from them, but Karaiya's grandfather believes he inherited their ideology and wants to pass it on. He reveals that his son was born before he became enlightened so he never told his son nor Karaiya the truth, but he will share a part of his essence to Karaiya when he becomes an adult.

Karaiya thinks that with the power his grandfather gave him together with the power of Petsounds, he deserves to stand at the top. Boingo is standing outside, taking cover from the rain. Karaiya walks up to him and asks if Boingo needs a hand. Meanwhile, Josuke asks what Ryoko's motivation has to do with needing the manga. Before she could show him, Hol Horse appears and reveals that he followed Josuke since he thought Josuke was acting strange. He apologizes but asks Ryoko to give him back the book. Josuke asks if he could just listen to Ryoko since she has her reasons but Hol Horse refuses since Boingo needs it back. Since he doesn't want to cooperate, Josuke destroys a dumpster behind Hol Horse using Crazy Diamond and then restores the pieces to trap Hol Horse inside it. He tells Hol Horse that it will just be for a little while and then runs away with Ryoko. Petsounds on a telephone wire watches all this happen.

Ryoko asks Josuke why he helped her since she thought he would be on Hol Horse's side. Josuke replies that Ryoko has looked angry about something ever since they met and he didn't want to leave her like that. His response confuses Ryoko; she asks him what he thinks she's angry about, but Josuke tells her that only she would know. Subsequently, Ryoko runs away from Josuke. She starts getting intrusive thoughts, wondering if there's even a point to finding out what happened to her cousin. Even if she learns the reason, he won't come back. Her primary motivation for wanting to learn the truth is because she feels guilty that Noriaki's death was because of her, and she wants to know if that isn't the case. She tries getting her mind to stop but continues thinking about how her memories of her cousin became a curse. Ryoko realizes that the "fuse" was actually inside her all along, rather than it being Josuke. Not being able to handle her inner conflicts anymore, Ryoko drops Tohth and falls to the ground. Suddenly, Petsounds implants Ryoko with a memory to possess her. She gets up and staggers away, leaving Tohth behind.

Tohth's pages flip in the rain. The pages say to give Ryoko a gun so that she can shoot Hol Horse in the head. Karaiya picks up the book, ecstatic that he can now control both the future and the past by combining the powers of both Tohth and Petsounds' Stand.