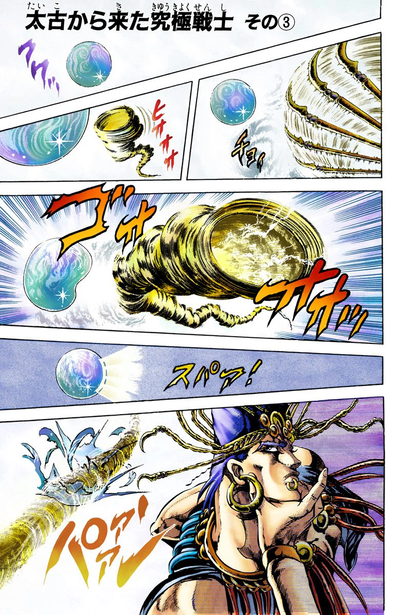 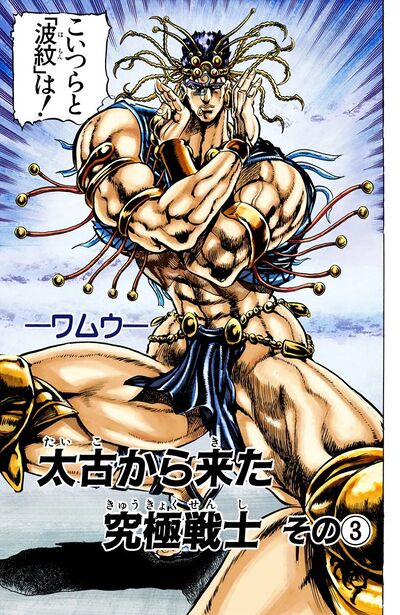 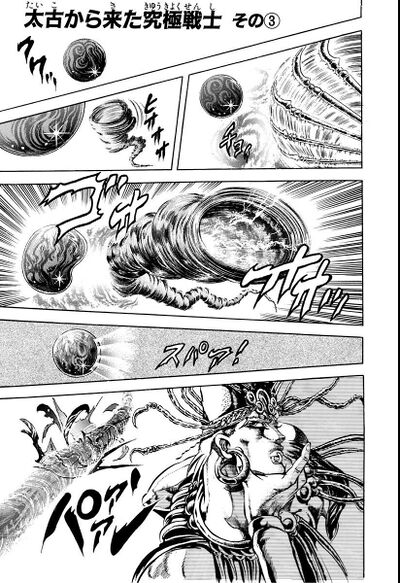 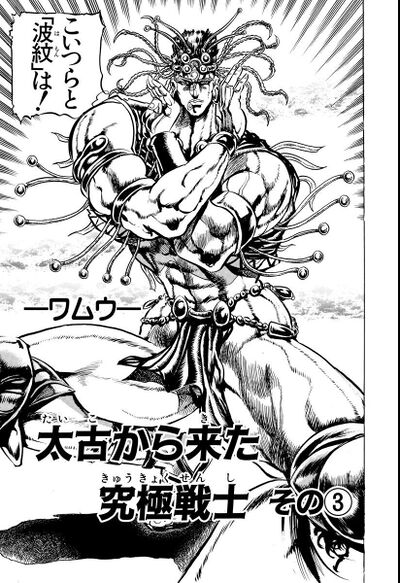 It is revealed that 2,000 years ago, the Ripple clan was wiped out by the Pillar Men. The Pillar Men are named Wamuu, Esidisi, Kars, and Santana. After nullifying Caesar's bubble attack, Wamuu creates small air-ripping tornado blasts that slice Caesar's face numerous times with the anti-Ripple wires. Though he is momentarily blinded in one eye, Caesar launches himself at the Pillar Men once more. He is impaled through the neck by Wamuu's two fingers. Wamuu proceeds to expose the Ripple user's weakness and disdainfully tosses Caesar into a pillar.

The Pillar Men begin to walk away again, but not before a coughing Joseph interrupts them, pointing out that Caesar was not the only powerful fighter there, and that he was the one who took down their subordinate Santana. After introducing himself, Joseph brings American clackers and charges them with the Ripple, claiming that this is his newfound secret technique. Trying to show off, he is called out by Caesar and Speedwagon, but assures them he intends to fight seriously as he assures to master his clackers.