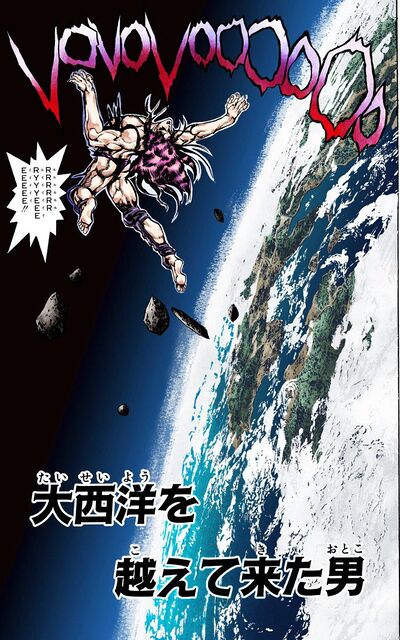 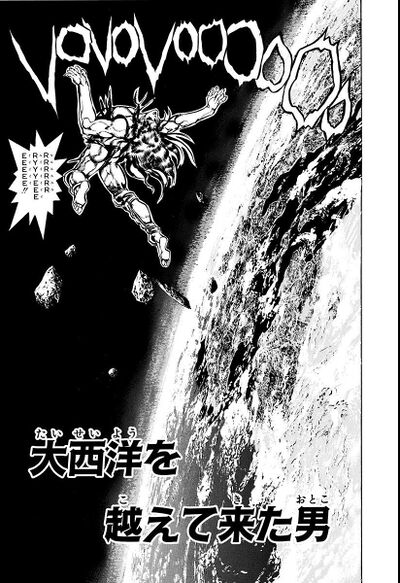 The Man Who Crossed the Atlantic (大西洋を越えて来た男, Taiseiyō o Koe te Ki ta Otoko), originally The Man Who Came Back (帰ってきた男, Kaette kita Otoko) in the WSJ and tankobon releases, is the sixty-ninth and final chapter of Battle Tendency and the one-hundred thirteenth chapter of the JoJo's Bizarre Adventure manga.

Kars is sent out to space by the volcano eruption started by the Red Stone of Aja. He tries to blow air to propel himself back to earth, but the void of space freezes him from the inside out. Having become the ultimate thing, he cannot die no matter how much he wishes for it, thus he eventually stops thinking. 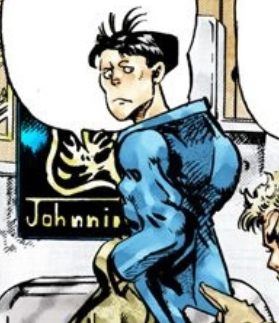