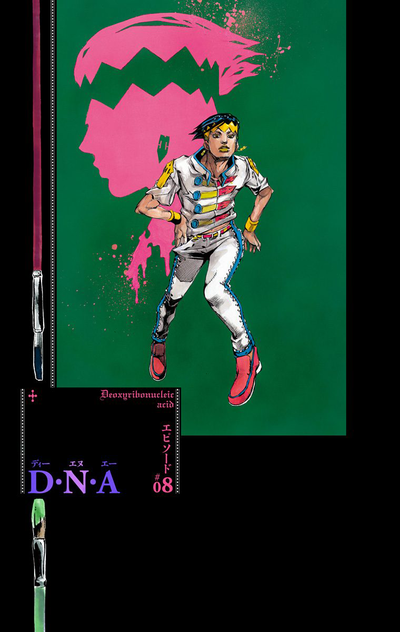 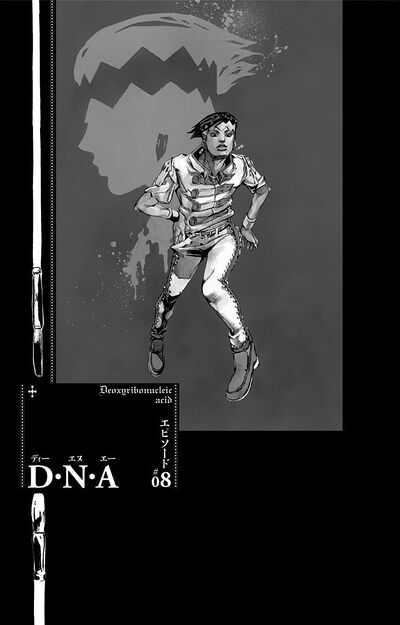 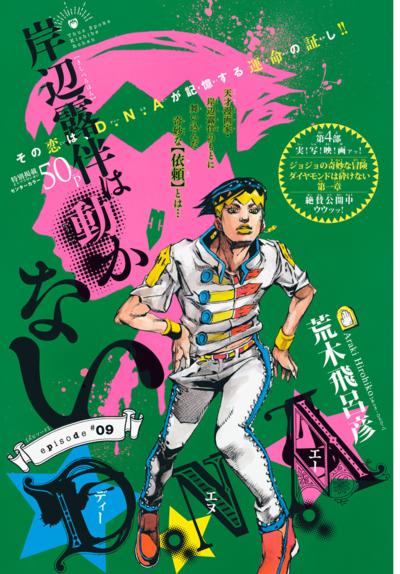 The chapter was published in the September 2017 issue of Shueisha's Bessatsu Margaret magazine on August 12, 2017.[2]

The story received a TV drama adaptation of the same name, which was aired on December 30, 2020.

“
When I was a kid, I used to read Bessatsu Margaret as early as Shonen Jump, or even earlier! When I went to visit my relative's sister, I would find an issue of it in the bathroom and read it. I was given the opportunity to draw Deoxyribonucleic Acid for Bessatsu. Well, Bessatsu still made me anxious after all. Usually, I aim to have a scary ending, but this story turned out to have a touching happy ending, perhaps because of that anxiety. I think it's wonderful. I'm also glad that I could draw Yukako Yamagishi again.
”
—Hirohiko Araki
“
子供の頃、僕が読者として、「少年ジャンプ」と同じくらいか、もっと早かったのが「別冊マーガレット」！ 親戚のお姉さんの所に遊びに行くと、トイレとかに置いてあって読んでいました。そのなんと「別マ」に描かせて頂いたのが、この『Ｄ・Ｎ・Ａ』。いやあ、「別マ」はやはり緊張しました。多分その影響あるかと思いますが、普通、怖いラストを目指しますが、感動ハッピーエンドになりました。良かったと思います。山岸由花子を再び描けたのも嬉しい。
”
—Hirohiko Araki