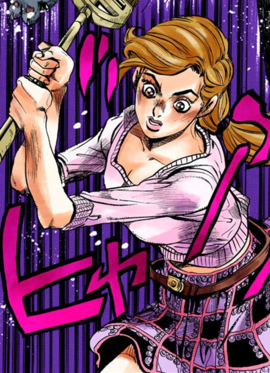 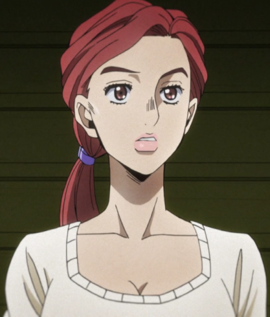 Shinobu Kawajiri (川尻 しのぶ, Kawajiri Shinobu) is a side character featured in the 4th part of JoJo's Bizarre Adventure, Diamond is Unbreakable.

In the light novel JORGE JOESTAR, an incarnation of Shinobu lives in the 37th universe. She appears the same and is still the wife of Kosaku and mother of Hayato. However, she works as an election official. After detectives get closer to finding Yoshikage Kira, he brutally murders Shinobu and Hayato.[2]

In one of D4C's parallel worlds, Jorge Joestar and Kars suddenly enter her house one day while Shinobu and her family are eating dinner.