The Bond That Binds Lisa Lisa and JoJo, Part 1 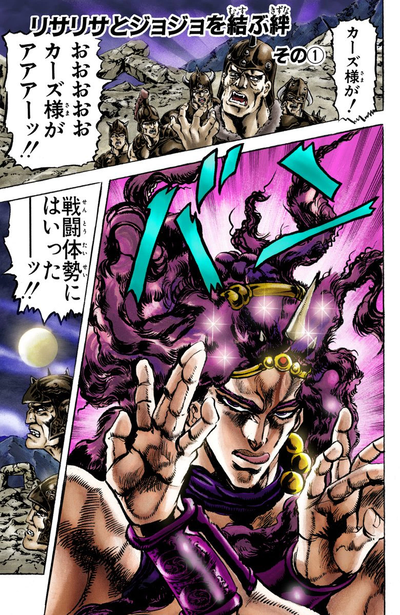 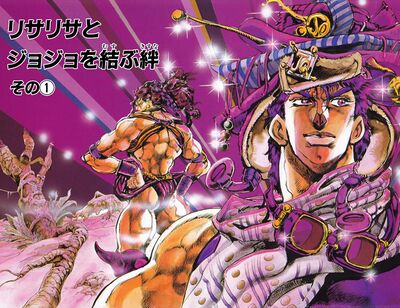 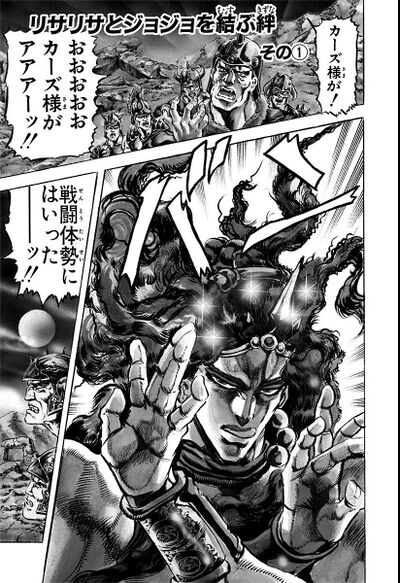 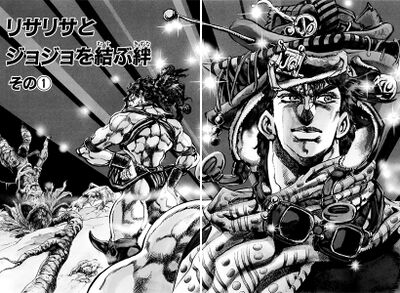 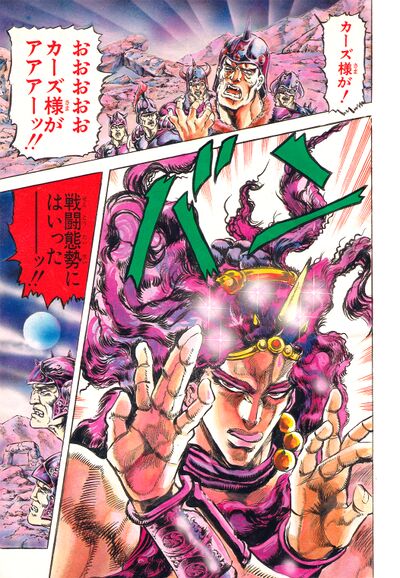 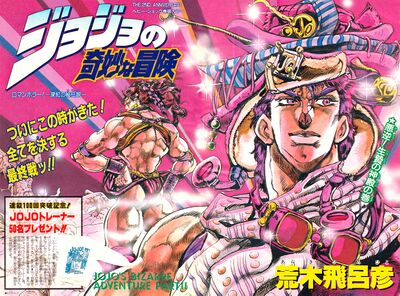 The Bond That Binds Lisa Lisa and JoJo, Part 1 (リサリサとジョジョを結ぶ絆 その①, Risa Risa to JoJo o Musubu Kizuna Sono 1), originally Treachery! The Sacrificial Temple (悪逆！生贄の神殿, Akugyaku! Ikenie no Shinden) in the WSJ and tankobon releases, is the sixty-first chapter of Battle Tendency and the one hundred fifth chapter of the JoJo's Bizarre Adventure manga.

With Joseph victorious against Wamuu, Lisa Lisa prepares for her fight with Kars. Kars's many vampire underlings try to kill her beforehand, but she is obviously much too strong for them. Kars takes a battle stance & picks the venue: The Piz Bernina Ruins. The two choose the weapons to fight with; Kars uses his light blades & Lisa Lisa brings her muffler.

When the fight begins, Lisa Lisa notices that Kars has little to no aggression towards her. He charges to attack, but Lisa Lisa easily counters. However, she is stabbed in the back by Kars as his body double disintegrates from the Ripple attack; unlike Wamuu, Kars never intended to fight fair. He continues slashing her until he holds possession of the Red Stone of Aja. Joseph, watching the battle from below, charges in to fight Kars. 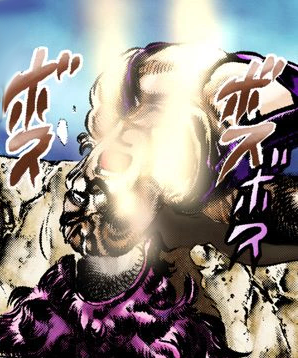 Author's Note
“
It's already been two years and over 100 chapters since JoJo's been serialized. To be honest, it feels like it's been a long time, even though that's not true. I'd like to thank all my readers for making this possible. I'll continue to work as hard as ever, so please continue to support me!
”
—Hirohiko Araki
“
『ジョジョ』の連載がはじまって、はや2年100回を越えました。長いようで短い、というのが正直な感想です。これもみんな愛読者の皆さんのおかげ、と感謝しています。これからも、今まで同様ガンバリますので、どうぞヨロシク
”
—Hirohiko Araki