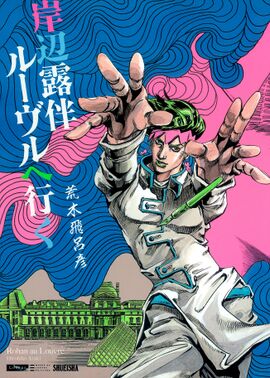 The following year, it was published in the April 2010 issue of Ultra Jump on March 19, 2010, and released in hard cover format in French on April 29, 2010. The hard cover edition for the Japanese version was later published and released by Shueisha on May 27, 2011, and the English version by NBM Publishing