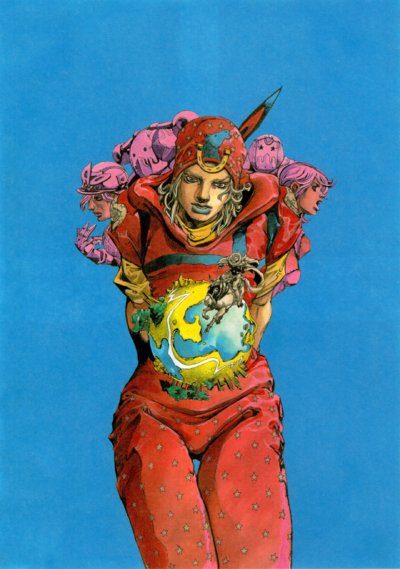 SBR Volume 24 (104)
The World of Stars and Stripes (星条旗の世界, Seijōki no Sekai) is the twenty-fifth and final story arc in Steel Ball Run.