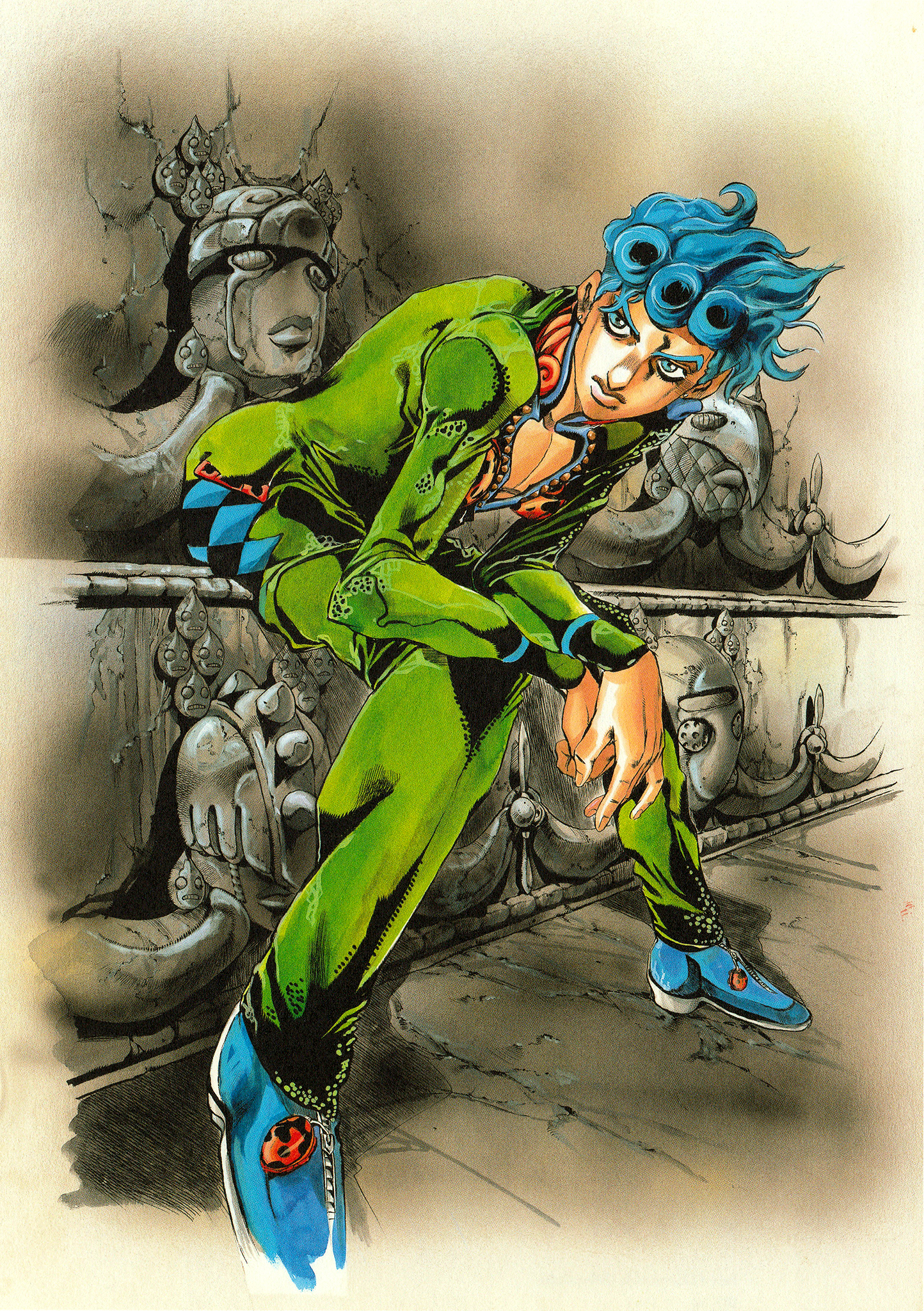 My favorite color and the alliteration it makes with Giorno Giovanna

"Green Experience"
“
Got a Breaking Bad Mike sticker to put on my phone. It's so epic. (私の電話に貼るブレイキング・バッド・マイクのステッカーを手に入れました。それはとても壮大です。Watashi no denwa ni haru Bureikingu Baddo Maiku no sutekkā o te ni iremashita. Sore wa totemo sōdaidesu.)
”
—A great Tweet of mine!

Yo what's up my name is Green Giorno and I'm a big fan of JoJo. I got into JoJo in 2019 and caught up in August of that year. Currently waiting for Part 9!

Green Giorno is a teenage boy of average height, a slim yet unmuscular build. He has blue hair of moderate length tied back in a short, braided tail, with three distinctive oversized curls arranged in a row over his forehead. Giorno wears a two-piece suit with a checkered coat tail and several ornate features, including wing-shaped emblems on the collar and a heart-shaped opening in the chest area. The most distinctive feature on his suit are the three ladybug emblems located on either side of his chest and directly below his zipper, matching the appearance of his Stand. Later on, his shoes also have the same ladybug emblem on them. He wears a small stud in each ear.

The series is known for alternating colors between media, the information presented below may or may not be canon.
Skin(Fair)
Hair(blue)
Eyes(Seafoam Green)
Main Outfit
(Blue-trimmed green suit with red ladybug brooches)

“
In some cases, and often inconsistently, Araki tends to draw K9s in a manner that may lead one, such as myself, to be suspicious of whether or not that drawing in particular is of a "dog," in the traditional sense. I admit I was incorrect in the statement of Iwasuke formerly being a pure born dog, and that all of Araki's dogs are ugly looking, it just appears that his ever changing artstyle gives certain animals a startling appearance
”

Greeny's more often than not expected to be found in some online community talking to people about this or that. He gets into arguments on Discord with people because he's very stubborn. But he's a nice boy!

He's got anxiety about a lot of things and lives pretty much in constant dread. He also likes to type a lot on the computer.

Cool Patrol is a Stand with little to no range. It's primary ability is euphoria manipulation, basically when you see him or get close enough to him, it stimulates endorphins to go to your brain, essentially making you happy.

Greeny can use this ability to make enemies too happy to battle him.

Additionally, even though he only has a C in power, he is able to perform a flurry rush similar to that of Star Platinum or Titanium, but it really isn't as powerful as either of them.

My Contributions to the Wiki

My Life in JoJo

I got into JoJo around May 2019. My best friend was obsessed with it at the time, and he basically forced me to watch it even though I hated anime at the time. Him and another one of my friends talked my ear off about it, and I had had enough.

At some point I was over at my best friend's house and he just kinda info dumped everything he knew about the series to me to get me into it. He was only on Part 2 at that time so a lot of what he told me about later parts was way way off. He told me that in Part 3 Jonathan comes back as "Old Man JoJo," a nomad traveler who only comes into the story to beat the bad guy with his ultimate Stand. He also told me that the universe reset at the end of Part 6 is what created the Part 7 universe, and that Part 8 takes place during World War II and the plot is about Josuke trying to uncover his lost memories of the old universe.

Pretty much all of that was wrong, but one thing that really intrigued me was the idea of alternate universes time travel. I'm a big nerd when it comes to the multiverse in media in general so I got really interested in that specific aspect of it. Something I realized a bit recently is that I'm also a really big fan of anthology series and series that are split into multiple segments. I didn't realize it at the time, but the concept of eight different main characters across all of JoJo being connected by their familial bond and the Joestar Curse really stuck with me.

I was officially persuaded to watch this weird show, but because I was new to anime and didn't want to become someone who "watches anime," I only watched the dub at first and made my siblings watch it with me, so I didn't feel weird.

Through most of Part 1 I was really not that interested, the old England setting was pretty interesting, but man the beginning was slow. By the time I got to episodes 8 and 9, though, I was hooked. I ended up finishing Part 1 without my siblings and moved right onto Part 2 without them as well. They got mad at me, and I ended up having to finish Part 2 with my sister, but after that the rest of the series wasn't on Netflix at the time, so now I was able to watch it on my own.

That summer I knocked out Parts 3, 4, and most of 5 at my Grandma's house while I was staying there for a few weeks. When I got to Part 5, the dub hadn't come out yet, so I had to make the choice of either waiting for the dub (which would have taken about 4 months to air,) or just watch evil subbed anime. I was way too interested in this series to wait for the damn dub, so I watched it subbed and Part 5 became my favorite animated part. I ended up catching up to the anime two weeks before the final two episodes released, which meant I had to wait, but not for too long.

Now I had to make another choice, read the manga, or wait for the anime to catch up. At that point I was so far deep in the series and so in love with it, absolutely no one could stop me from jumping right into Part 6 after I caught up with Part 5. Before I officially finished Part 5, I already knew that I would be checking out the manga. I downloaded a manga reading app (which I didn't end up ever using lol,) and eagerly waited for the time I got to finally read them.

Two weeks passed, and I invited over my two aforementioned friends to watch the finale of the anime with me, and it was pretty fun, even though the end was pretty underwhelming compared to the rest of the part.

Then I started Part 6, and kinda sped through it. Same with Part 7, and then finally Part 8. I caught up around August 2019, around Chapter 88 or 89 of the part. Since then, I've attempted to consume as much JoJo media as possible (my checklist is listed below lol,) and I've gotten pretty far. Right now, JoJolion is my favorite part and my favorite manga series. JoJo isn't my favorite anime right now, but that will change once Parts 7 and 8 get animated. I did end up rereading Parts 6 and 7 to kind of make up for speeding through them at first and I plan to fully reread Part 8 once the colored volumes are caught up.

Currently, the Part 6 anime is airing and I'm currently waiting on news for Part 9. Both have had their releases kinda stretched out, which is alright I guess, but it's tough for me and a lot of other people who consumed JoJo pretty fast.

In a very particular order this is my ranking of favorite parts!

My favorite parts in order 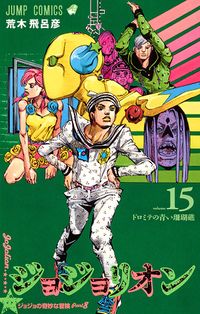 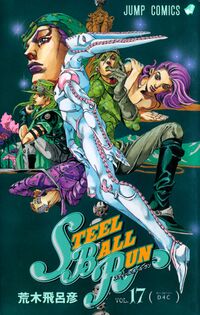 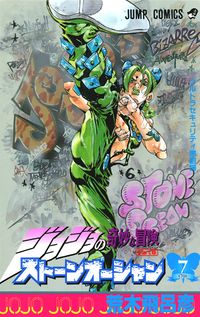 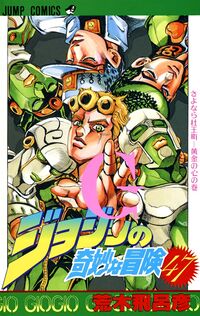 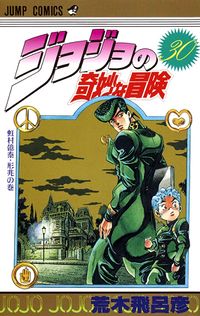 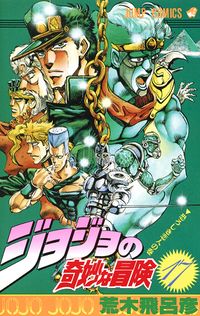 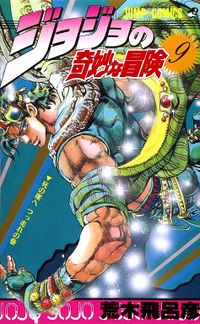 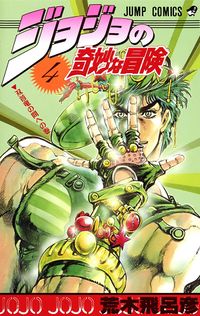 My order is very boring. I honestly think that every part gets better than the last. Also just because Part 1 is last doesn't mean I hate it, in fact I like it a lot, it's the part that got me into JoJo but... it's just not as good as the rest is all. I'm of the belief that all parts are good!

Gappy is my favorite character period.

This one is easier than the other one.

Pucci in my opinion is really based and Green Pilled, and Toru just plain sucks ass. GOD he is the worst!

In no particular order except for number 1 and 2.

Favorite
Wonder of U

JoJo Media I Own

Yeah it's what the title says. I'm gonna put down a list of all the JoJo merch or whatever that I physically own cause I'm that OCD I need to make a list online even though they are in my house in my room. Superb! Also they in the order I obtained them in fufufu 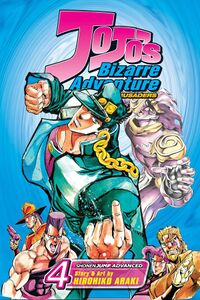 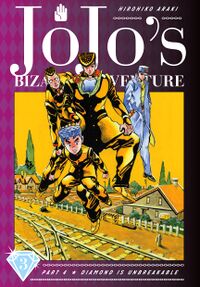 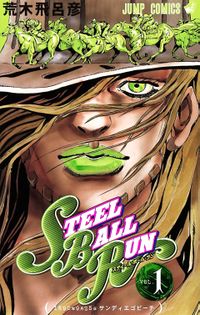 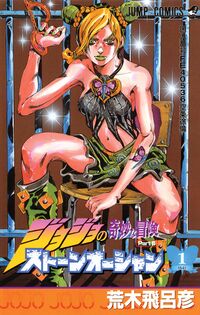 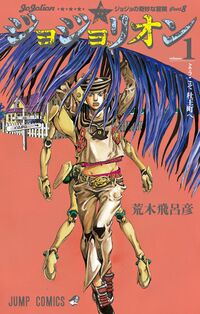 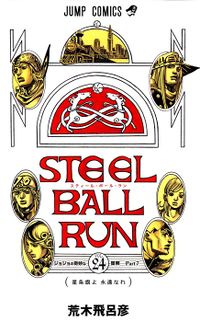 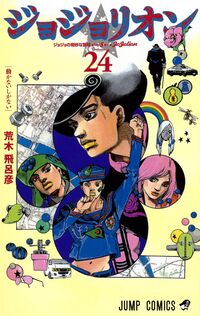 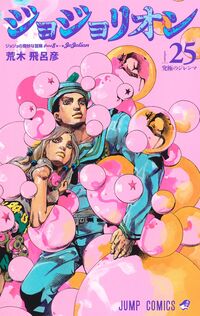 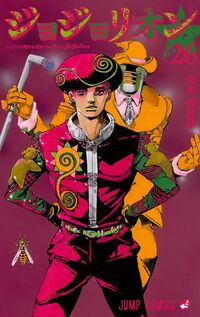 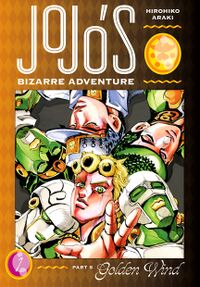 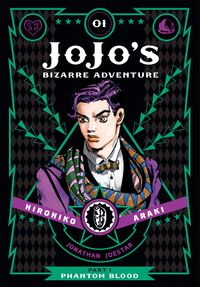 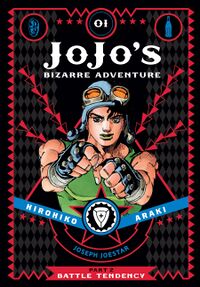 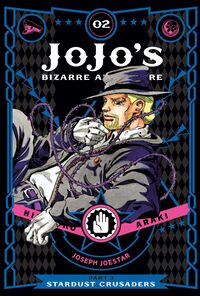 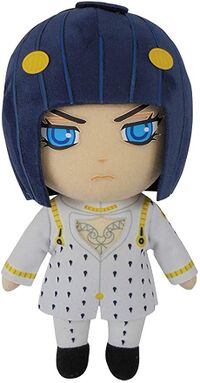 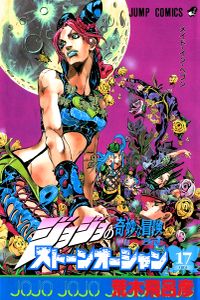 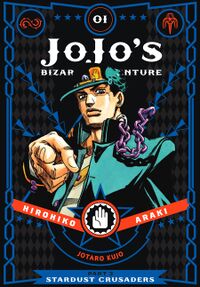 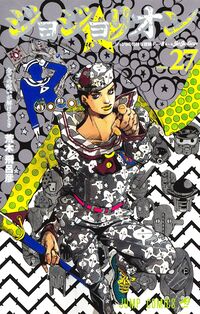 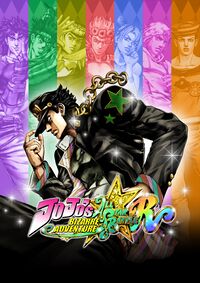 This is a list of every JoJo media that I have completed in the order that I did it in.

This is stuff that I'm working on finishing or whatever the media is isn't complete yet so I just view it as it goes.

This is stuff that I have yet to get to. I do plan on viewing these at some time in the future. I'll get around to it! Some of this stuff is out but like not translated yet.

This is some stuff that just plain hasn't come out yet or I can't read it. When it does I'm gonna consume the shit out of it!

Stuff that either was supposed to come out and didn't, or came out and I am literally just unable to view. Whoopsies!