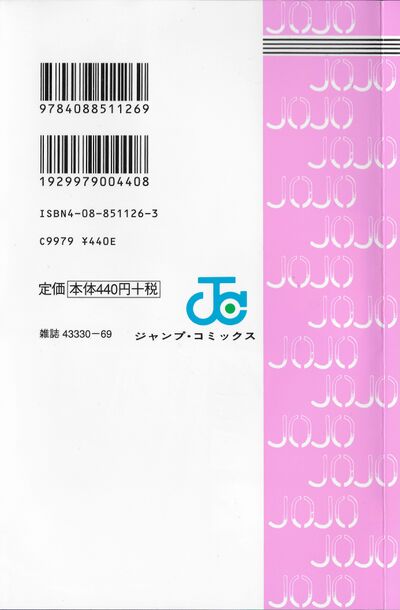 In the late 19th century, English nobleman George Joestar adopts Dio Brando, the son of a man who once saved his life. However, the young man intends to seize his family fortune by driving away his only son, Jonathan Joestar, even going as far as to plot to kill him using a mysterious Stone Mask. 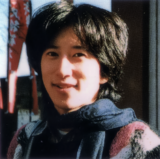 “
Put simply, the theme of this work is "living". Through the two main characters, I want to examine two ways of living. It's all about singing the hymn of the battle between "human" and "non-human". This work was made for your enjoyment, and I hope you like it. Without further ado...
”
—Hirohiko Araki
“
はっきり言うと、この作品のテーマはありふれたテーマ――「生きること」です。対照的な二人の主人公を通して、ふたつの生き方を見つめたいと思います。「人間」と「人間以外のもの」との戦いを通して、人間賛歌をうたっていきたいと思います。
この作品がみなさんに喜びを与え、気に入ってもらえますように。
――それではどうぞ。
”
—Hirohiko Araki

Afterword
“
Do you know 奇妙的冒險?

Master Araki, a long time ago. I would like to thank you again, as well as your editor, for your collaboration devoted to Baoh The Visitor. At the time, you talked about your next series called JoJo's Bizarre Adventure, which I have been following since the beginning in the pages of Shonen Jump. I must admit that you have fulfilled all my expectations! Your strange graphic compositions, like the "trompe-l'oeil" of ancient Europe, are more and more interesting, and to this is added this so unique idea of "Ripple". I am absorbed by the magical power of the Stone Mask and I can't wait to read more.

Very soon, the readers of our magazine also expressed their fascination, not only for the "Araki-esque" speech patterns but also for your heroic world. In our magazine, where the tastes of the fans of the authors meet "vigorously" (it's a real "shock wave"!), it didn't take long for the series to become a real hit. In our editorial office, we play at using the "Ripple", vociferating attacks like "by the heartbeat!" or "radiant heat!".

Indeed, despite his tragic past, JoJo is acquiring not only courage but also a singular strength called "ripple". He is becoming, in my eyes, a new kind of hero, like Ikuro was in Baoh. By the way, do you know 奇妙的冒險?

That's the Chinese title of the JoJo series I found in Taiwan, during a visit for the magazine. They have already published three volumes. It seems that the series is successful not only in Japan but also abroad. I will offer you these books soon. I wish that these funny adventures never end!