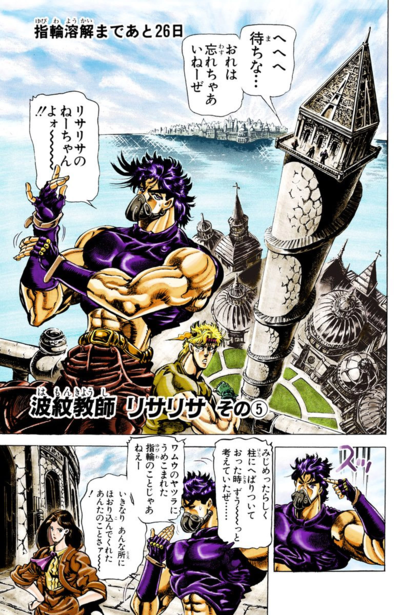 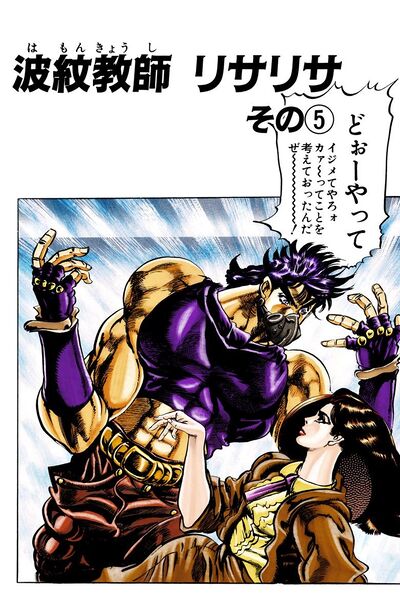 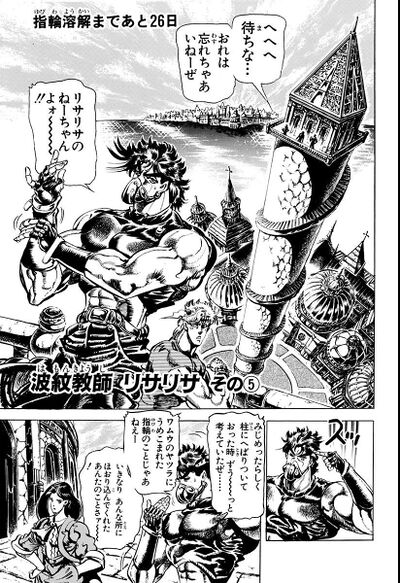 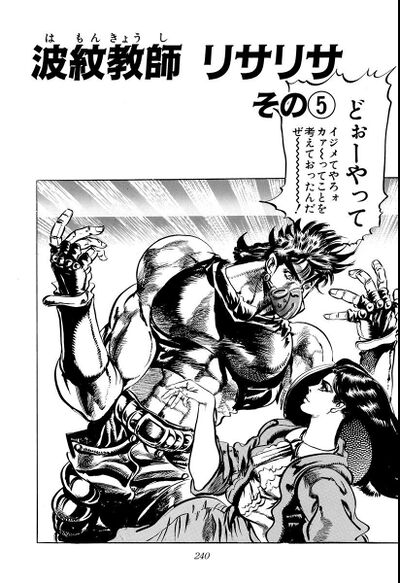 After finishing the pillar trial, Joseph confronts Lisa Lisa about the ill treatment he received, planning to exact revenge. Lisa Lisa casually passes Joseph a glass of water, and after catching it without making it spill, Joseph realizes that the training had satisfying results. Acknowledging her teaching method, Joseph gets down on his knees and begs Lisa Lisa to start the next part of the training. He's interrupted when two men appear behind him, one of them taking the glass and placing his finger in the water. After setting it upside down, the man takes off the glass, but the water stays surrounding his finger. Lisa Lisa explains that the two men are her servants Loggins and Messina, and they will be spending the next 3 weeks training Joseph and Caesar. Loggins asks if they wish to learn how to do what he is doing with the water, and after telling them to take a closer look, he explodes it in their faces as a joke.

For the next 3 weeks, the two servants train Joseph and Caesar in various strenuous exercises, including learning to breath 10 times in 1 second, repeatedly swim around the island, balancing on needlepoint on top of towers and being able to breathe in and out for 10 straight minutes at a time.

Eventually, 7 days remain until the rings in Joseph melt. Lisa Lisa takes a stroll in San Marco, Venice, when she is suddenly harassed by a thug. The thug attempts to secretly pickpocket a necklace from her, but she catches him red-handed. He pulls out a knife to intimidate her, but Joseph comes up from behind, covered in the scars of his training, and asks the man to stab him with the knife. The thug obliges and tries to stab Joseph, but he stops the knife with one finger using the Ripple as a buffer. After pouring condiments from a nearby table all over the thug, he sends him on his way. Lisa Lisa reveals that the necklace the thug was trying to steal was actually the Red Stone of Aja, the same gem the Pillar Men were trying to find.