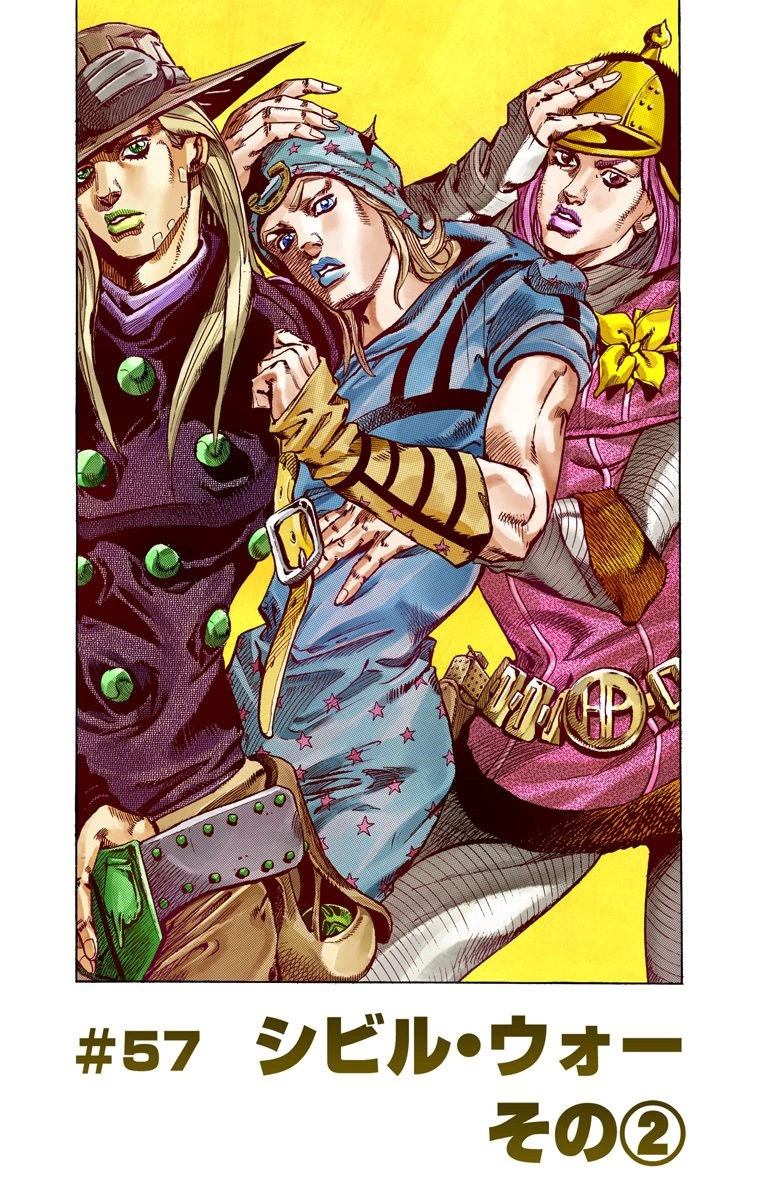 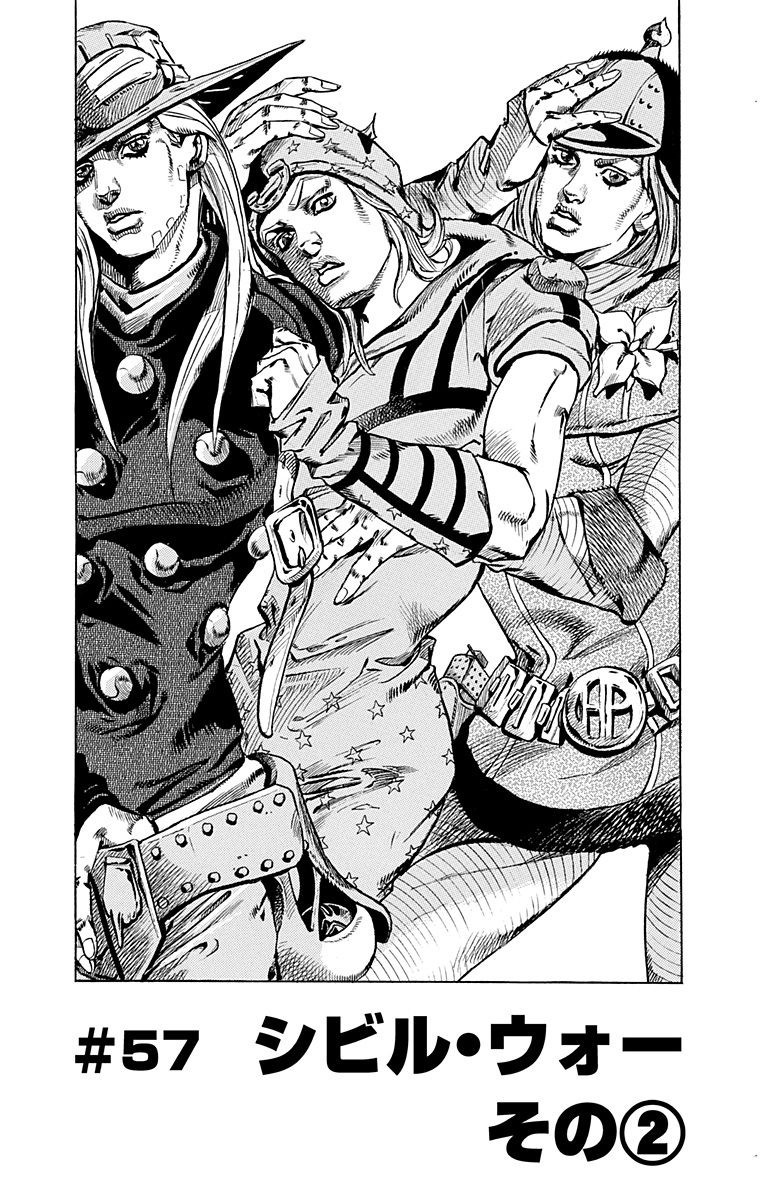 A small flashback shows Valentine deciding to intercept Johnny and Gyro during their trip to Gettysburg to get the Thorax.

In the now, Gyro's old teddy bear has fused with his arm; he attacks Civil War with a Steel Ball but the Stand disassembles itself and disappears into the garbage, Gyro then sees his old Steel Balls having appeared before him. Meanwhile a knife and a piece of chicken Johnny threw away are fusing with him as well.

A flashback details the early life of Hot Pants. At a young age, she let her little brother be devoured by a bear to save her own life. Guilt-ridden, Hot Pants couldn't find peace even after becoming a nun, so confesses to Johnny that reassembling the Corpse would lead to her redemption. She is finally crushed by the membrane and disappears. Johnny then tries to reach the exit, but a duplicate of Danny confronts him as Gyro is covered by the membrane and incapacitated. Johnny seemingly shoots Danny trapped into a boot but his father George Joestar emerges from it and covers him with membrane. Johnny nonetheless manages to crawl to his horse but his path is blocked by Danny. Danny fuses with Johnny but he manages to shoot at the water gourd and purifies himself with the water. Then seeing an old well nearby, Johnny shoots into the ground and manage to get underground water.