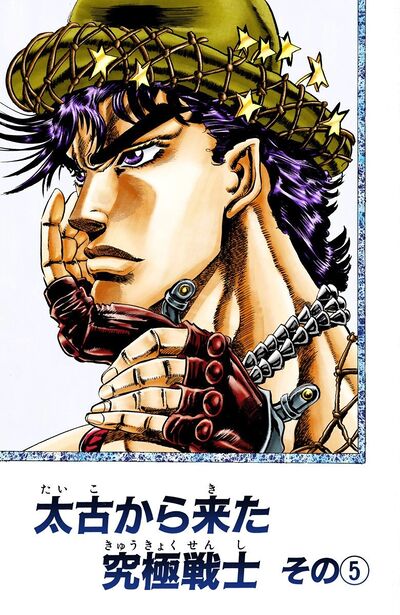 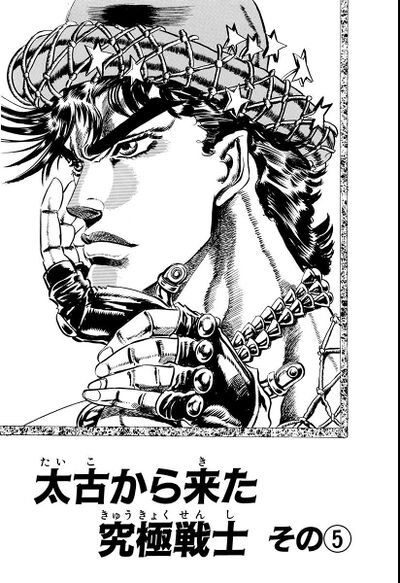 With Wamuu damaged, Joseph takes the opportunity to relentlessly punch and beat him with the clackers. The Pillar Man doesn't seem to be taking any damage, however, and his arms gradually begin to tense up. Thinking something is amiss, Joseph jumps back. Wamuu praises him for his instincts, releasing his secret fighting technique, the Divine Sandstorm. The joints in Wamuu's left arm begin to spin right, and vice-versa, causing a wind vacuum of enormous destruction. Although Joseph jumps to safety behind a pillar the vacuum obliterates it and makes contact with him. Joseph is torn apart and sent flying from the impact, presumed dead.

Wamuu prepares to attack Speedwagon and Caesar behind him Joseph slowly crawls away. Joseph manages to reach a mine cart after tricking Wamuu by playing dead every time he looked back but the Pillar Man finally realizes the ruse and jumps onto the mine cart as well, allowing Joseph to release the brake and send the cart further down into the cave, with him and the Pillar Man inside. Caesar and Speedwagon realize that Joseph had planned this from the start and, instead of trying to get away, he was allowing them to escape.