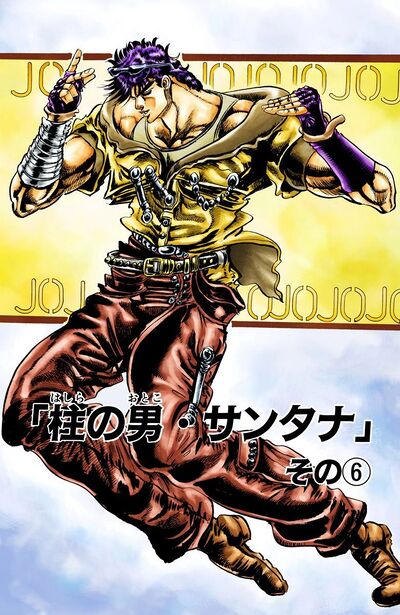 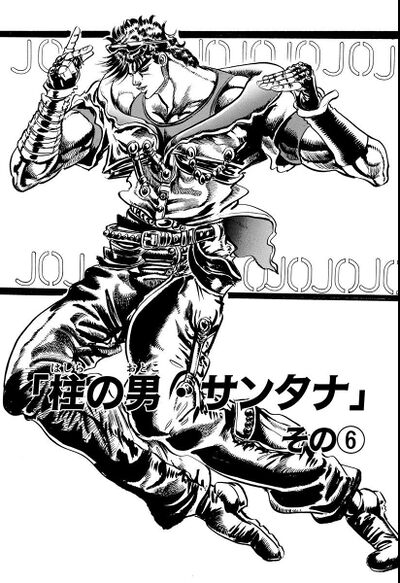 The Pillar Man, Santana, Part 6 (「柱の男・サンタナ」 その⑥, 'Hashira no Otoko Santana' Sono 6), originally The Perfect Plan!! (完璧なる作戦っ!!, Kanpeki naru Sakusen!!) in the WSJ and tankobon releases, is the fifteenth chapter of Battle Tendency and the fifty-ninth chapter of the JoJo's Bizarre Adventure manga.

Author's Note
“
My assistant, Mr. "T", is a culinary genius! His omelets, in particular, are excellent and a great source of motivation for everyone!
”
—Hirohiko Araki
“
アシスタントの君は、料理の天才！特にオムレツは絶品で、みんなのヤル気の源です
”
—Hirohiko Araki