Climb Out of the Fortified Hotel 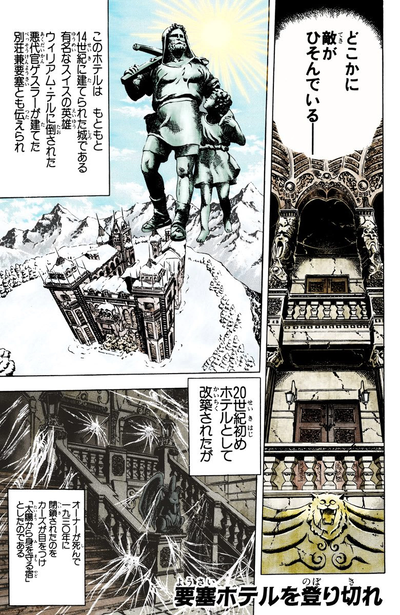 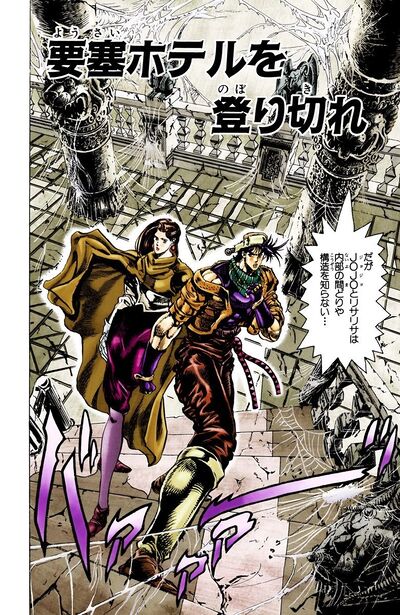 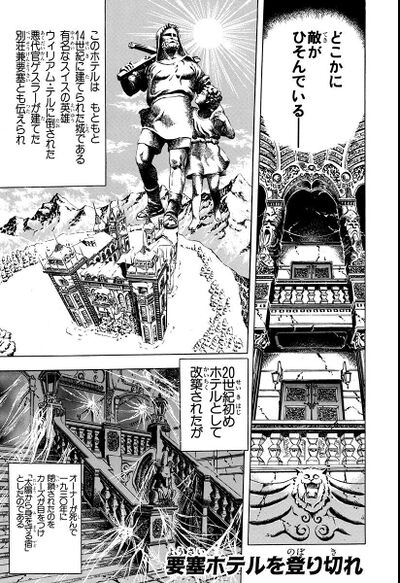 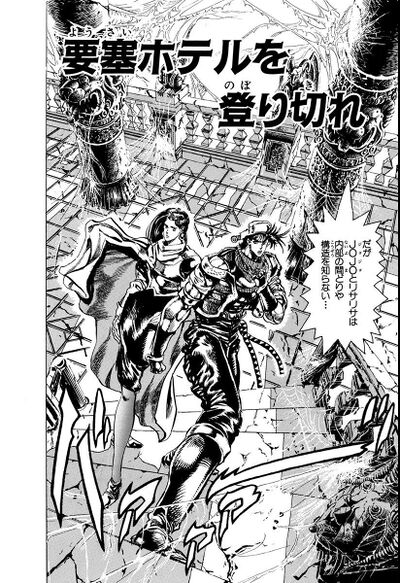 Climb Out of the Fortified Hotel (要塞ホテルを登り切れ, Yōsai Hoteru o Noborikire), originally Silk Dancing Lisa Lisa (の舞いリサリサ, Shiruku no Mai Risa Risa) in the WSJ and tankobon releases, is the fiftieth chapter of Battle Tendency and the ninety-fourth chapter of the JoJo's Bizarre Adventure manga.

Joseph and Lisa Lisa head further into the mansion to defeat Kars and Wamuu. The two see a blood trail and follow it to a door with a strange hand-shaped doorknob. When JoJo grabs the doorknob, the door yells at him, claiming not to be a door. At that moment, a vampire named Wired Beck phases through the door and attacks JoJo. Wired Beck introduces himself, his lewdness annoying Lisa Lisa. She threatens him, leading him to reveal spikes all over his body. He attempts to attack, but Lisa Lisa throws her scarf at him and then walks away. Wired Beck tries to attack her again but a Ripple sent through the scarf destroys his spikes and kills him instantly. Lisa Lisa then asks JoJo why he hadn't yet drank the antidote. He proclaims that the ring no longer represents his promise to Wamuu, but that it represents a promise to Caesar to defeat Wamuu and survive.

Author's Note
“
My answering machine's been making funny noises due to what I assume is overuse. They're causing me to feel uneasy.
”
—Hirohiko Araki
“
留守番電話が使いすぎで調子がおかしい。変な音が入っていたりして、ちょっと不気味。
”
—Hirohiko Araki