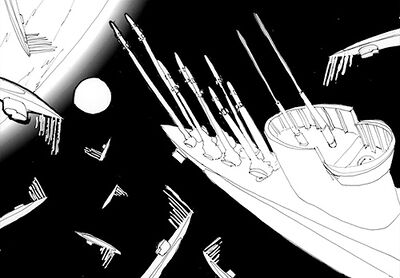 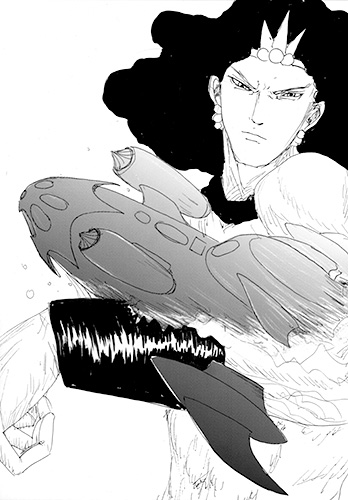 Kars uses the Stand's sonar to generate an extremely loud explosive noise, echoing through its target's body. It is impossible to block out the noise when the Stand is inside its target's body since blocking their ears would not help them when the noise comes from inside them. This ability causes Enrico Pucci (Universe 37) to writhe on the ground in pain and Jorge Joestar's ears continue ringing even after the ability is turned off.[2]