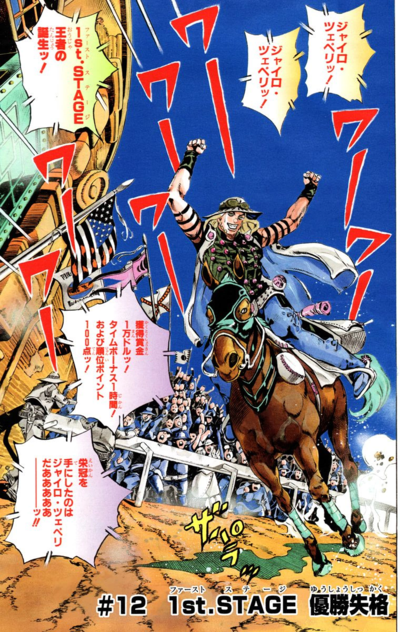 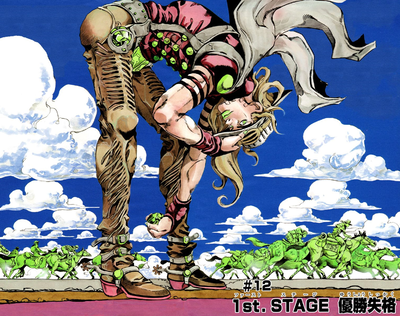 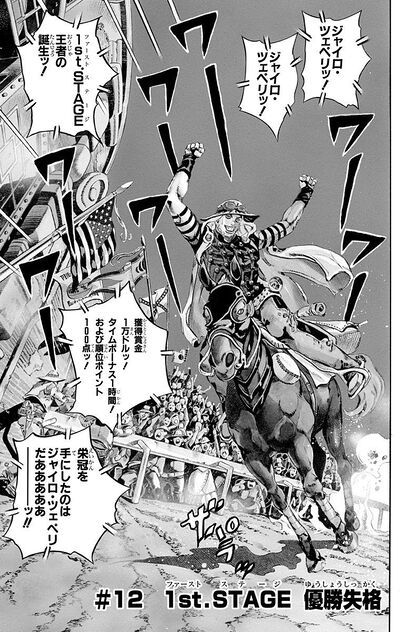 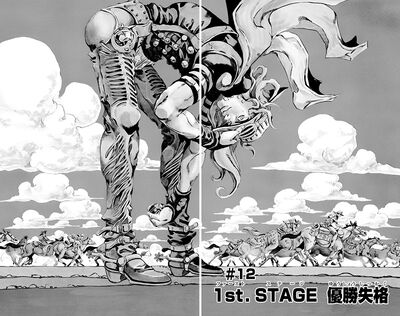 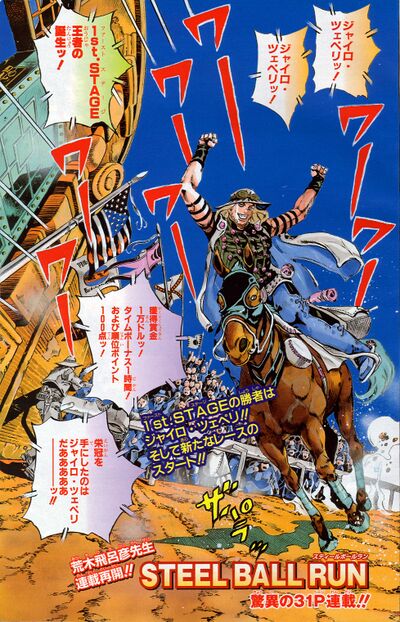 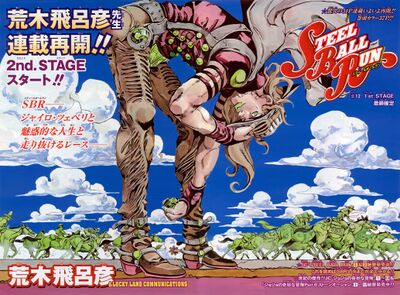 Enraged, Gyro crashes the party by ruining the champagne with the Spin. Johnny catches one of the flying corks. Meeting the ex-jockey, who reaffirms his determination at following him, Gyro teaches him the 2nd Spin lesson: "to work on those muscles". The Italian teaches that the weapon itself is the rotation, the Steel Ball being merely vectors for the Spin. He also explains that the Spin will dull the skin's sense and tell him to open his hand. Johnny sees the cork still spinning in his hand without him having noticed. Johnny uses the cork on Slow Dancer's leg, stimulating it and managing to get off his horse using the leg as a platform. Gyro then proposes to accompany Johnny during the second stage, which is a desert crossing with a distance of 1,200 km.

(1st mentioned)
Gets Up

Author's Note
“
This year is the year I met with several manga artists. Eleven of them so far. All privately, not business-related.
”
—Hirohiko Araki
“
今年はよく漫画家に会う年だ。仕事ではなく、プライベートで。11人に会った。
”
—Hirohiko Araki