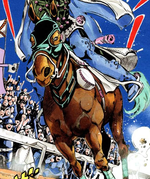 Valkyrie makes an appearance in All Star Battle (PS3) as a technical playable character through Gyro.
Mini Horses 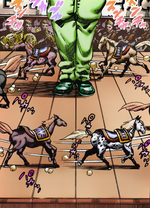 Manga Debut: SBR Chapter 3: Johnny Joestar
The Mini Horses (手のり馬, Te Nori-ba, lit. Hand Horse) are extremely small horses who are the mascots of the Steel Ball Run race. They march around Steven Steel's feet in the opening ceremony of the race before Steven gives his speech.
Slow Dancer 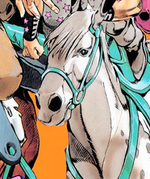 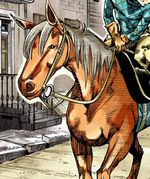 Silver Bullet (シルバーバレット, Shirubā Baretto) is a 4-year-old Arab thoroughbred and the horse that Diego Brando rides.[4] It has a pale star-shaped mark on its forehead. Silver Bullet makes an appearance in Eyes of Heaven (PS3/PS4) as a technical playable character through Diego. 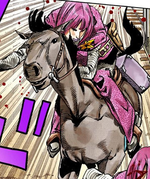 Later on, Hot Pants refers to her horse as S.S. Brown.[5] 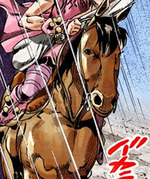 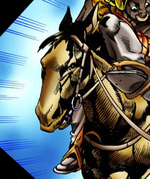 [citation needed] (Outkast song)
Hey! Ya! (ヘイ！ヤア！, Hei! Yaa!) is a 4-year-old quarter horse that Pocoloco rides.[4] Despite the lack of skill demonstrated by both the rider and the horse, Hey! Ya! manages to survive and propel Pocoloco to second place in the finish line after Diego Brando (this changes to first after Diego's "disappearance").
Hono 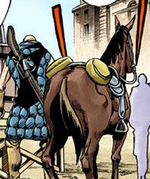 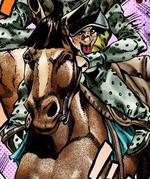 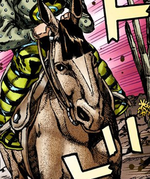 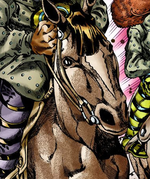 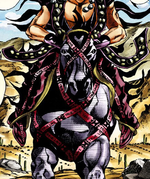 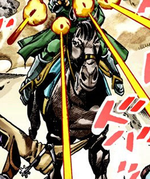 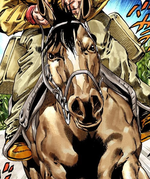 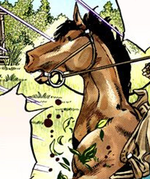 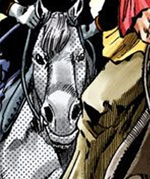 (B. Bumble and the Stingers 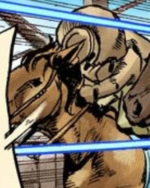 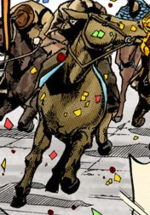 [citation needed] (Beach Boys song)
Catch a Wave (キャッチ・ア・ウェイヴ, Kyatchi A Weivu) is a 4-year-old quarter horse ridden by Sloop John B. His rider is also named after a Beach Boys song 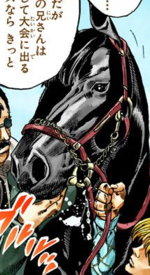