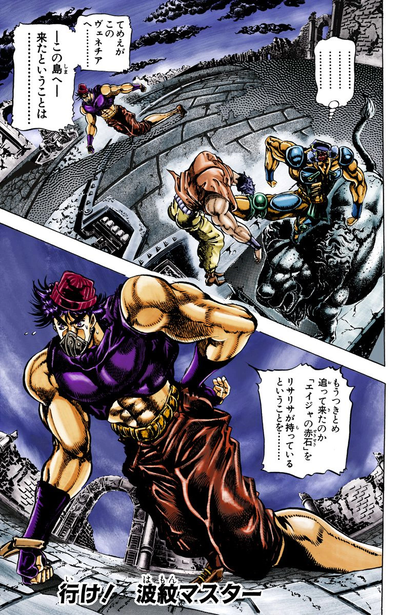 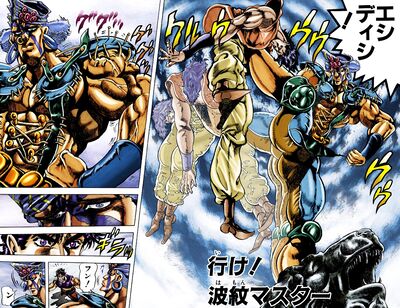 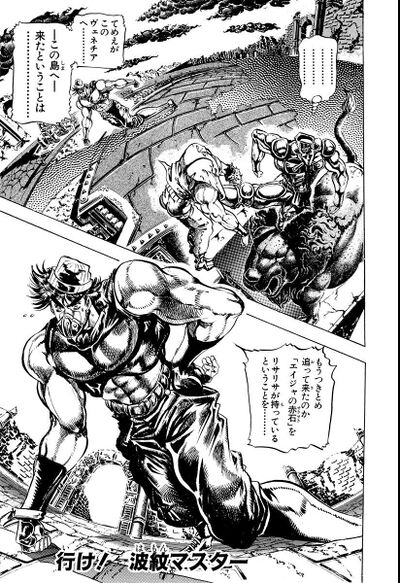 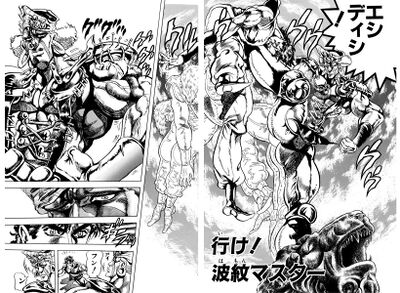 Go! Ripple Master (行け！ 波紋マスター, Ike! Hamon Masutā), originally The Results of Grueling Training (しごきの成果, Shigoki no Seika) in the WSJ and tankobon releases, is the thirty-third chapter of Battle Tendency and the seventy-seventh chapter of the JoJo's Bizarre Adventure manga.

Author's Note
“
Assistants wanted! If you have a passion for drawing, please send a picture and your resume to Mr. Kabashima, the editor!
”
—Hirohiko Araki
“
アシスタント大募集！絵を描くのが好きなヤル気ある人、編集椛島氏までと履歴書を！
”
—Hirohiko Araki