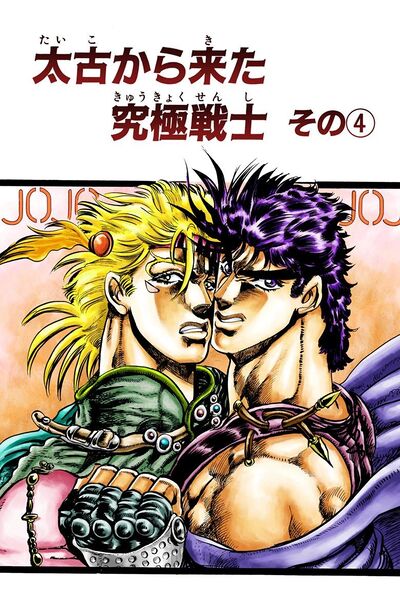 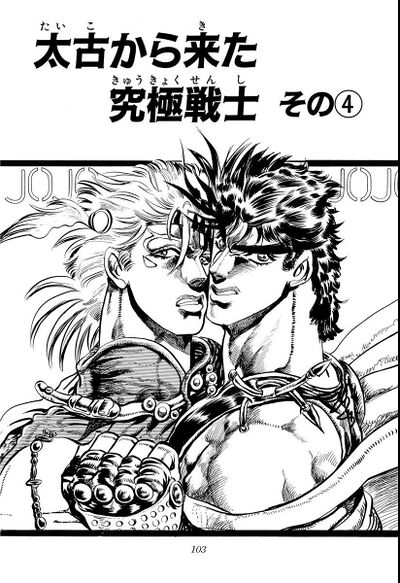 Joseph launches one of his Ripple clackers at Wamuu, who easily dodges with a slight tilt of his head. Joseph explains that his Ripple is still fairly weak, but, the clacker will enable him to rip through the Pillar Men's protective skin and hurt them. The Pillar Men are amused at the sight of such an unorthodox weapon and wonder if the human race has evolved backwards.

Joseph responds by using sleight of hand to cause his clackers to disappear, surprising his foes. However, his allies behind him can see that they are in fact wrapped around the backs of his arms. Joseph uses the opportunity to launch himself at Wamuu, along with the clackers hidden behind his back. However, Wamuu dodges both sets by contorting his body and allowing them to pass by, causing one clacker to embed itself in the pillar behind him.

Entertained by his opponent's tenacity, Wamuu slits Joseph's wrist and gives him one minute to defeat him. He commands Joseph to pick up his weapons, but is unaware of the first clacker in the column behind him. The second clacker is flung back towards Wamuu and bashes him directly in the head, leaving a large indent in his skull.

Joseph then continuously beats Wamuu with his clacker, but is unable to see that Wamuu merely allowed himself to be hit as punishment for his lack of caution. Angry, Wamuu prepares to launch an attack.

Author's Note
“
The third volume of JoJo is now on sale, and it's written on fine-grain paper, so check it out!
”
—Hirohiko Araki
“
『ジョジョ』のコミックス第③巻が発売になりました。麦紙もかきおろしなので、ヨロシク
”
—Hirohiko Araki