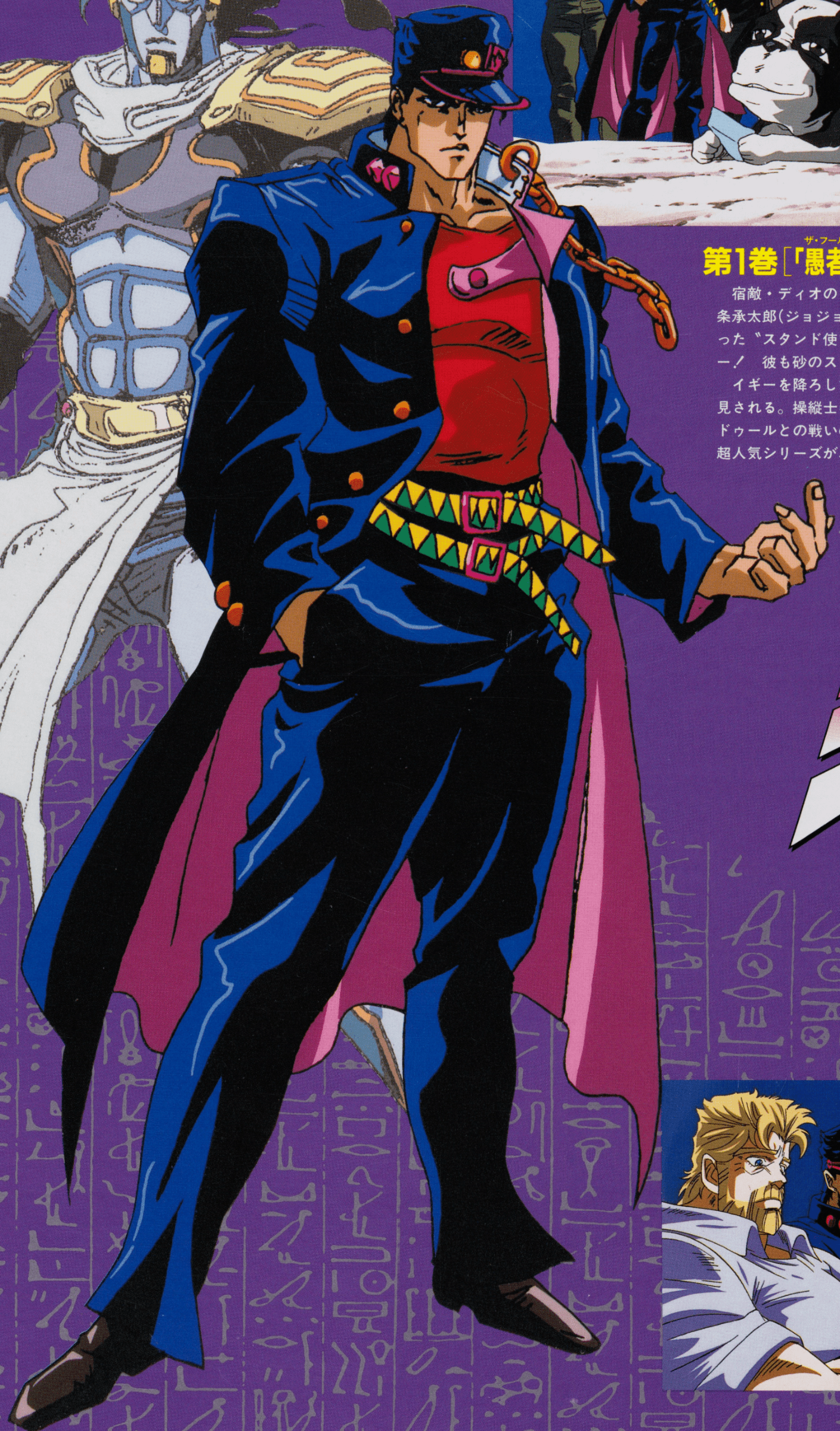 First got into JoJo's Bizarre Adventure in 2016 Around when the Diamond is Unbreakable Anime started (not a part skipper don't worry) and am currently keeping up-to-date with the ongoing Manga, anime & Merch, which I am thoroughly enjoying. I like all the references Araki makes with fashion/music as I grew up heavily with music & fashion as a kid.

Currently archiving any material I can find for the lost Phantom Blood Movie & the JoJo OVA's by the same company. Found some real golden stuff.

I'm also a very big fan of Berserk and I'm also archiving or scanning any art I can find for it too. I am pleased that Berserk is returning, as of June 7th (announced) and I hope all goes well for everyone involved. The next installment/chapter that restarted the series arrived on June 24th, 2022.[1]

Well I like close to all of them due to their diversity & how quickly the tide in battles can be turned with them. So I'll choose a personal favourite from each Part:

I don't wanna be one of those people but I like everything that suits my taste so to speak, mostly all from the 80s, 90s & 00s.

Templates of Great use

A list of pages that I have edited & added to: