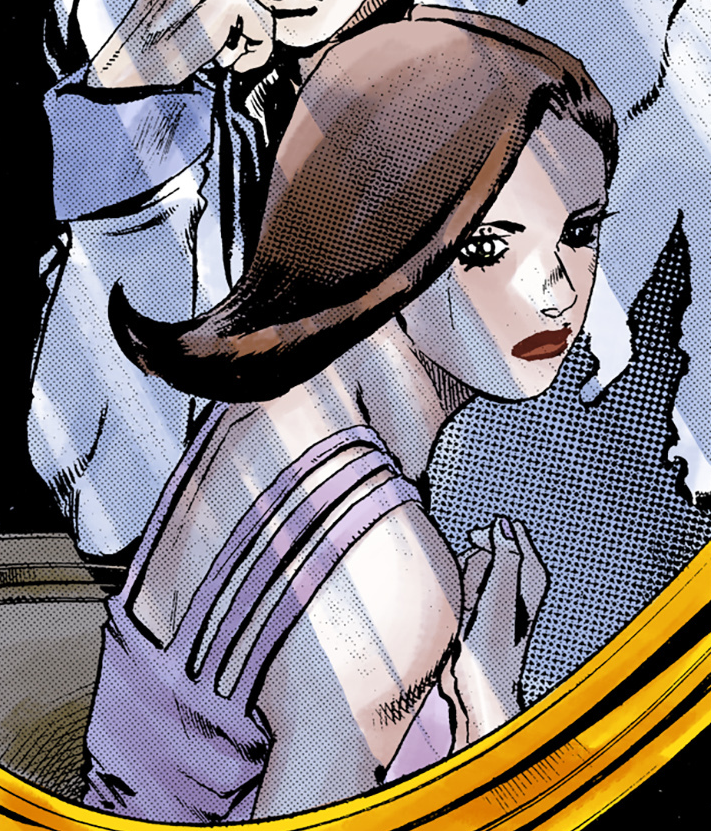 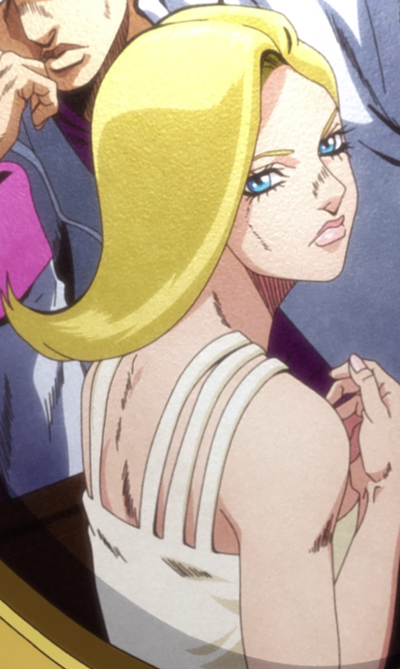 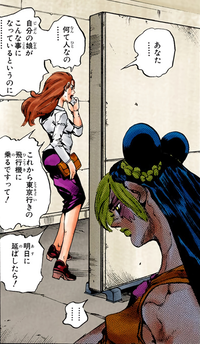 During one incident at the age of 14, Jolyne found a wallet on the ground, although it only contained $5. The proprietor of the wallet called the police, Jolyne was arrested and charged after crashing his car, but her young age allowed her to be freed. Jolyne's mother spoke with some officers, saying it must have been some kind of mistake. Jolyne also heard her mother's conversation with Jotaro, understanding that Jotaro wouldn't even come there and instead go to Tokyo.[6] Her mother was later divorced from Jotaro, growing Jolyne's frustration even further.

When Jolyne is being arrested, her mother becomes incredibly worried when seeing her being taken away by the police and calls out for her, with Jolyne telling her not to worry and that she'll be fine.[7] After Romeo's betrayal, Jolyne only allows her mother to call her JoJo. Before Jolyne's trial in court, her mother asks her lawyer to deliver clothes, socks, underwear, a toothbrush, vitamins, her favorite books and magazines, some schoolwork, and a pendant that Jotaro asked her to give Jolyne if she was ever in trouble (which had a picture of Jolyne's parents).[4] Jolyne's mother attempted to get into contact with Jotaro, but his research in Africa meant that she could not get in touch with him. While in Green Dolphin Street Prison, Jolyne frequently thinks about her mom and wants to hear her voice. It is unknown where she met Jotaro, as well as her location during the events of Stone Ocean. It can be assumed that she is unaware of Stands and of Jotaro's activities with the Speedwagon Foundation, as Jotaro took pains to keep her and Jolyne out of danger.