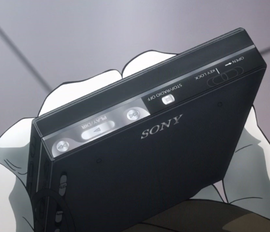 Joseph's Walkman (ジョセフのウォークマン, Josefu no Wōkuman) is a reoccurring device that is featured at the end of every part where Joseph Joestar is present.

Joseph is first seen with the Sony Walkman

while boarding a plane to Tokyo at the end of Battle Tendency, listening to something by The Beatles

cassette into the player,[3][4] and in Diamond is Unbreakable, he upgrades to a MiniDisc 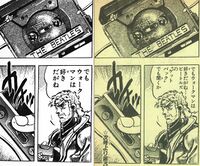