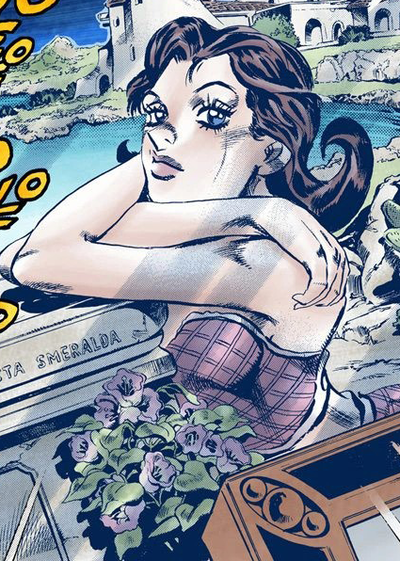 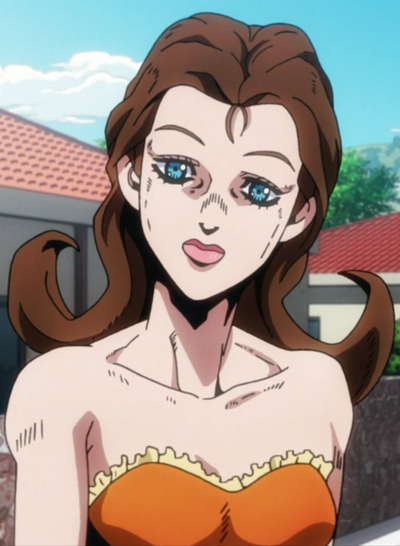 Bugs
Guys who smell
Anything that isn't beautiful[1]

In the anime, she lists the things she likes and hates while speaking to Diavolo in a flashback. Her preferences are similar to Trish's. She likes frogs and Perrier water, but hates bugs, guys who smell, and anything that isn't beautiful. She appears to be caring and sociable, as she introduces herself to "Solido Naso" after seeing a truck almost hit him.[1] Trish also thinks fondly of her.