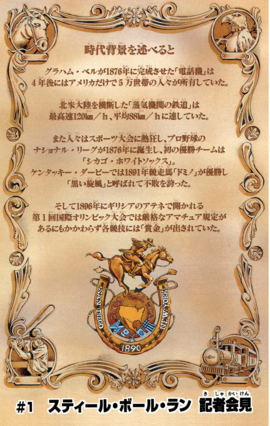 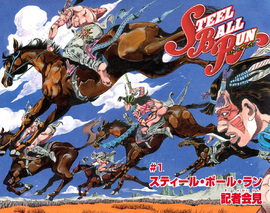 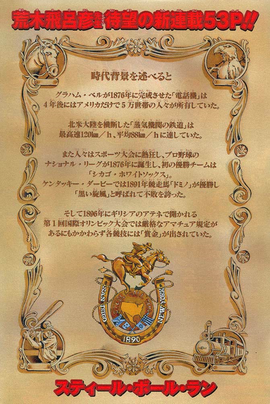 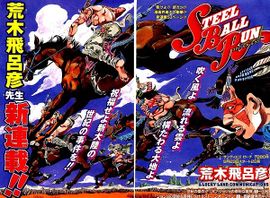 It is the first chapter of the new continuity of JoJo's Bizarre Adventure after the end of the previous continuity that contained Part 1-6. Beginning from this chapter onwards, the story now takes place in an alternate universe separate from the previous universe.

Elsewhere, a man reports complications in the logistics of the race to Steven Steel, the promoter of the race; they depict an over-subscription of (culturally diverse) entrants. Steel rudely tells the assistant off, ordering him to stop any disorder, and failing that, throw any troublemaker out of the race. When the assistant leaves, Steven jumps at the arms of his young wife Lucy, expressing his doubts about whether he can handle the race, but Lucy reassures him.