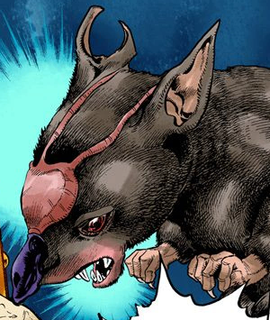 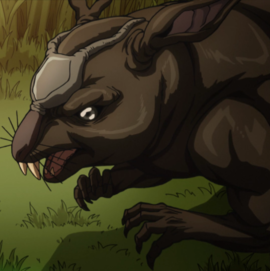 Bug-Eaten is a brown rat approximately 20 cm (7.9 in)[1] long. It possesses a strange protuberance on the forehead as well as an abnormally large nose. Its right ear has been chewed out in a fight, earning it its nickname.