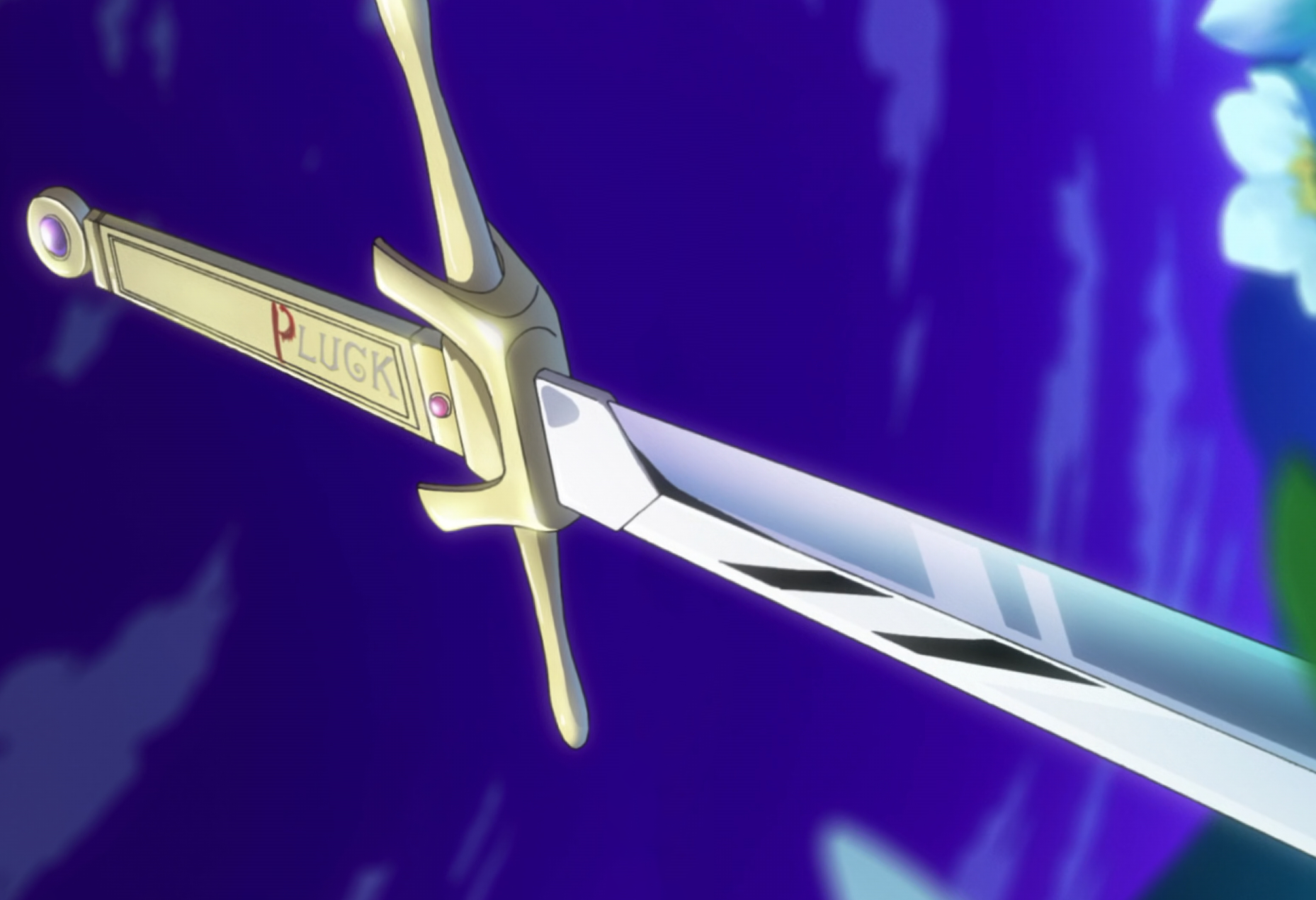 The sword originally belongs to the dark knight Bruford, under the name Luck ( (を), Rakku (Kōun o)). After Bruford's human soul is restored by Jonathan's Ripple, he renames the sword and gives it to Jonathan, who uses it against Dio Brando.

Luck & Pluck has a silver blade with a golden hilt. On the middle of the hilt is a small gem, which is colored red in the anime. Its pommel also has a gem in the center, colored purple in the anime. The sword's rain-guard has a unique design, with its edges on the front and back stretched outward and pointed toward the hilt.

Inscribed on its hilt is the word "LUCK". When Bruford gives Jonathan the sword, he writes the letter "P" on the hilt with his blood, changing the inscription to "PLUCK"; in the manga, the blood disappears by the time of Jonathan's confrontation with Dio.

After being revived as a zombie by Dio Brando, Bruford wields the sword Luck against Jonathan Joestar. Jonathan eventually manages to transfer his Ripple through the sword using Metal Silver Overdrive, melting Bruford's arm. The Ripple restores Bruford's human soul as he dies, and Bruford offers his sword to Jonathan out of respect. Before completely disintegrating, Bruford uses his blood to write a "P" beside the "LUCK" engraved on the sword's hilt, changing the sword's name to "PLUCK".[1] Robert E. O. Speedwagon carries it with him as the group enters Dio's castle.

At Jonathan's request, Speedwagon tosses the sword to him. After seeing how Dire harmed Dio with a Ripple-infused rose, Jonathan imbues the sword with the Ripple, slices Dio's arm off, and cuts Dio vertically in half. However, Dio freezes both Jonathan's hands and the sword, preventing the Ripple from entering his body.[2]

Before Dio can inject his zombie extract into Jonathan, the flames behind Dio begin melting the ice on the tip of Luck & Pluck's blade. Dio quickly notices and snaps the sword in half with his hand.[3]

Luck and Pluck was obtainable for a limited time as an assist in the mobile game Puzzle & Dragons.