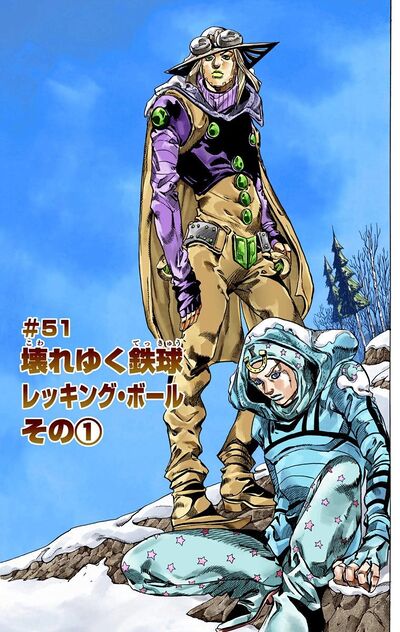 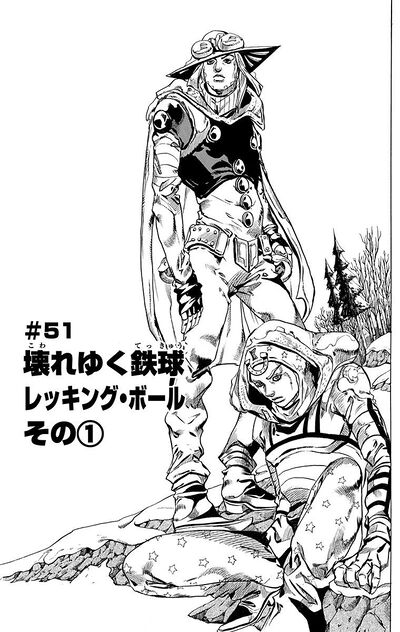 The narration introduce Magent Magent and Wekapipo watching over the frozen straits on which the competitors of the Steel Ball Run race will have to ride.

A flashback details the past of Wekapipo. Once a royal guard of Naples, he pushed her sister to marry the son of a treasurer to ensure her future. However, the husband was beating her so violently she went blind in one eye. Wekapipo discovered it and managed to annul the marriage as they had no children. The husband, humiliated, challenged Wekapipo to a duel using Steel Balls, which Wekapipo won, killing his opponent in the process. Yet, the husband's witnesses, among them Gregorio Zeppeli, incapacitated him and forced him to go into exile, abandoning his blind sister. Some time later, Wekapipo, having gone depressive due to the news of his sister's death was hired by Valentine.

Meanwhile Johnny and Gyro examine the ice, deeming it too thin to be safely crossed over. They observe some contestants trying to cross the straits and a wolf which had been following them for some time. Gyro mentions the Indians' Path, a path made with wooden logs reinforcing the ice which would allow a safe crossing. In any case, the duo decides to cross the strait on the ice. However they are soon confronted by Wekapipo and Magent Magent, the former throwing a Steel Ball familiar to Gyro. Gyro recognizes Wekapipo and the Steel Ball, and yells at Johnny to duck and avoid the small satellites on the Ball. Despite avoiding the small satellites, Johnny notices that his left side has disappeared.